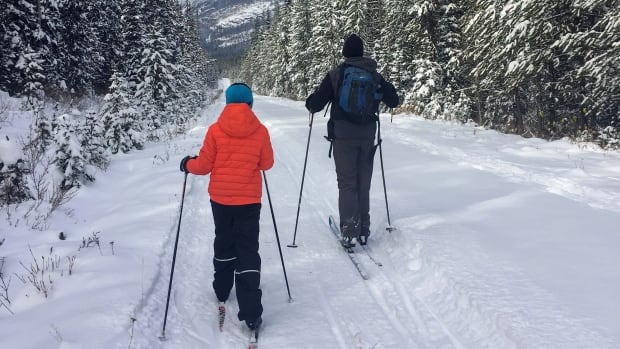 A cross-country skiing group says its volunteers have collected $160,000 of the $200,000 it set out to raise to ensure that nordic ski trails keep getting groomed in popular areas of Kananaskis Country after the Alberta government cut funding for the service.

After Premier Jason Kenney’s UCP government announced in February it would no longer groom and set popular cross-country ski trails this winter in Kananaskis Country, Nordiq Alberta, the governing body for cross-country skiing in the province, proposed an alternative.

Though the government was to continue grooming at the Canmore Nordic Centre and track setting in the West Bragg Creek area, the Peter Lougheed Provincial Park trails are some of the most popular in the province with an estimated 100,000 site visits in the winter, representing about 40,000 vehicles.

Under a pilot project arranged with the province, Nordiq Alberta is asking people to voluntarily pay for parking if they’re using the trails at Kananaskis Village/Ribbon Creek, Peter Lougheed Provincial Park, Mount Shark and the Sandy McNabb Recreation Area in Kananaskis Country.

It hopes the voluntary fees, which are $10 a day or $50 for a vehicle for a season, will cover the $200,000 it formerly cost Alberta Parks to maintain the trail grooming.

The volunteers have also been asked to commit one day this winter to help with the pilot program, which is focusing primarily on educating skiers about the parking pass program at the trail parking lots.

Ken Hewitt, who is heading the program, says the team is “cautiously optimistic” it will reach its goal.

“Way back in September, we said, ‘Is this going to work?’ I think it will. We think we know the ski community. We think that they’ll both volunteer and be willing to pay,” he told the Calgary Eyeopener on Tuesday.

“And as we stand here now, on December the 29th, all our volunteers are there and the reception is positive. We’ve sold a lot of passes.”

Hewitt says that even though the passes are voluntary, the team hasn’t come across anyone who has refused to pay.

“Even those that don’t know about the program are receptive to it because they recognize immediately the benefit,” he said.

And as for getting people to volunteer, Hewitt says they have around 140 people who have agreed to pitch in.

“We’re also filling sort of other spots that may be vacant as we go forward, but basically we have a full team for the rest of the winter,” he said.

He adds that over 500 members of the ski community have donated additional funds toward the program — resulting in an extra $16,000.

“It was ski trail grooming or no ski trail grooming, so we said we think we can do this. Certainly as you travel across Canada, there are very few locations where skiers do not pay to park, so Kananaksis isn’t exceptional this year in that regard. In fact, it more fits the mould,” he said.

Hewitt says they expect there will be a shift from season passes to day passes in January and February, which may make it harder to reach the $200,000 goal.

“The revenue stream will be slower, but I would say we’re pretty confident that we’re going to reach the target.”

With files from the Calgary Eyeopener.