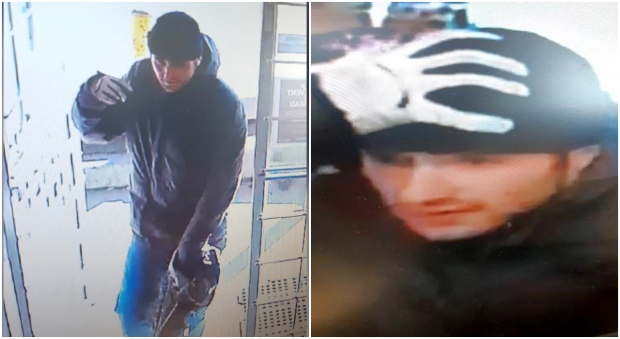 CALGARY — After forming a dedicated investigative team in the fall of 2020 to look into a series of violent pharmacy robberies, police have arrested four people and say more suspects are being sought.

“Innocent members of the public were being robbed at gunpoint and in some cases physically assaulted. Everyone deserves to feel safe at work and in the community. We will find those responsible for causing this harm,” said Staff Sgt. Kurt Jacobs.

“In addition to our investigative team, we have deployed our community resource officers to pharmacies to assist with crime prevention through environmental design practices.”

Police are scheduled to hold a media availability at 2:15 p.m. Wednesday.

A number of items were seized, including:

Four people were arrested at the time. Two were charged in relation to six robberies that occurred between January and March.

A third person was released from custody without charge and the fourth remains under investigation.

Parampreet Dhaliwal, 19, is charged with six counts of robbery with a firearm, six counts of disguise with intent and one count of assault with a weapon.

He is scheduled to appear in court on April 16.

A 17-year-old male, who cannot be named under the Youth Criminal Justice Act, has been charged with three counts of robbery with a firearm, three counts of disguise with intent and six counts of breach of probation.

He is scheduled to appear in court on April 12.

There have been 49 robberies at pharmacies across Calgary since September 2020, the most recent on Tuesday.

Several groups of individuals are believed to be responsible.

The latest robbery happened about 3 p.m. Tuesday at 5102 Rundlehorn Drive N.E., where a suspect brandished a metal rod and began to swing it around while demanding opioids.

The suspect is described as being approximately 177 centimetres (5’10”) tall and weighing 81 kilograms (180 pounds). He was wearing a black winter jacket, blue jeans, dark pants and white gloves.