CALGARY — Joel Smit has been building Igloos for years and while this winter’s creation isn’t his biggest or most complex build, it might just be the most important one.

“We’ve built them for a number of years, but this year when we saw Max’s cause online we thought we would try and use it to bring a little attention,” Smit says.

The cause he wants to garner support towards is for ‘Mighty Max’ an almost two-year-old Alberta boy whose first years have been spent fighting for his life. Max Sych needs an expensive gene-therapy treatment.

“We don’t know them personally, we read about them online and saw their story and saw they were just a family from Alberta as well, so I thought it was something that we could do that might be able to help.”

The Smits have a recent addition to their own family, seven-month-old son Owen. 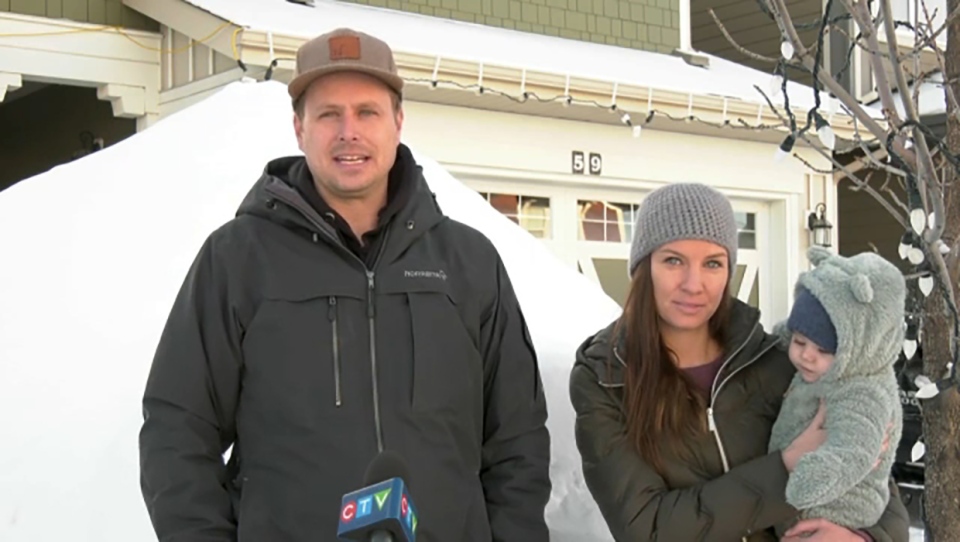 “It’s a horrific situation for any family to face, it’s one of those things that you hear about and it reaches to your heart and you want to help any way you can, so hopefully it will bring a little attention and a few smiles to whoever comes and visits.”

Smit says there’s been a lot of response on social media, “People are coming by with their kids and enjoying the day. There’s not a lot to do right now with what’s going on so it’s nice they can come by.”

Smit sells heavy equipment for a living but says the igloo was constructed the old-fashioned way: by hand and shovel. “It only takes a couple days to put together,” he says. “This is probably the ninth we’ve put together over the years so you get more practised and efficient every time you make one.”

Smit says it takes more effort than just piling up snow to build it. “You’ve gotta make sure you do it right.”

Although Joel says that building the igloo went fairly quickly, his wife Rebecca says he’s downplaying how long it actually takes to build a bona-fide igloo. “I was inside taking care of the baby by myself while he was building it, so it took a little longer than that,” she says.

All the snow for the igloo came from the sidewalks and driveways in the area, Smit says the neighbours didn’t mind and don’t seem to be missing the snow.

The Smits encourage anyone to come by and have a look “Take a photo and support Max’s cause, it’s definitely a neat experience for the kids!”