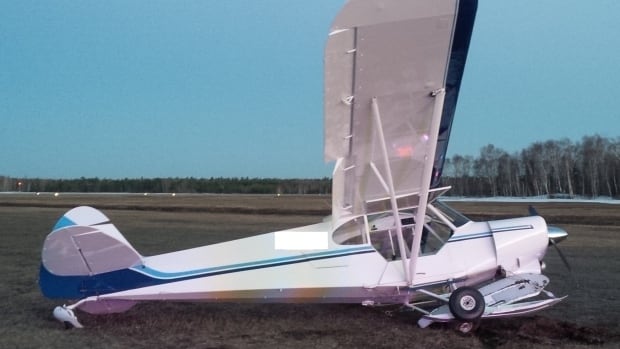 A small private aircraft that crashed near Camrose last fall, killing the pilot, was about 27 metres in the air when it stalled, began to spin and struck some power lines, the Transportation Safety Board of Canada says.

The Piper aircraft then plummeted to the ground and burst into flames, the TSB said in a report released Monday on its website.

The 50-year-old pilot, who was alone on board, died in the crash. The plane was consumed by the fire.

Portions of the flight control system, engine, propeller and flight instruments that were examined, showed no failures that would have prevented normal operation, the TSB report said.

The Piper PA18-150 aircraft landed at a farm on the afternoon of Sept. 27, 2019, and picked up a passenger for a short flight. After landing in a field near the farm yard to drop off the passenger, the aircraft took off again heading east and climbed out steeply, the TSB said.

A review of available records showed the aircraft was certified and maintained according to regulations, the TSB said. No outstanding defects were noted in the maintenance or aircraft logs.