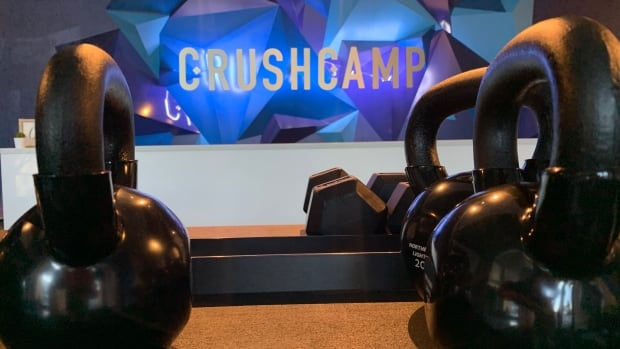 A coalition of Alberta gyms and fitness studios says government restrictions are hurting their businesses and argue the services they provide are part of the solution, rather than the problem.

The Alberta coalition of the Fitness Industry Council of Canada (FIC) says it represents almost 200 gyms and studios in the province.

It says more than 50 per cent of the facilities it has surveyed say they will not survive another two months of closure. It argues gyms and fitness studios are safe and can help alleviate some of the mental and physical strains inflicted by the pandemic.

Scott Wildeman, president of the council, says his organization is in direct talks with the government and appreciates the difficult position it’s in.

He says it’s a positive step that the province has set benchmarks for when facilities could reopen.

“But as it relates to fitness, we feel Stage 1 has missed the mark on a number of areas by simply limiting access to private training sessions,” said Wildeman.

Under Alberta’s phased reopening plan, gyms and fitness studios can reopen on Monday, but under strict restrictions. Only one-on-one training is allowed and trainer-client pairs must stay three metres away from any other pairs.

The training must involve active instruction — meaning a trainer can’t just supervise a client as they lift weights or jog on a treadmill.

The FIC says personal training is expensive and out of reach for the majority of Albertans and isn’t enough to help cover the costs of fitness operations.

Stage 2, which would occur if hospitalizations drop below 450 patients, would see further easing of those restrictions, but the details have not been released.

Emily Slaneff, the owner of Crush Camp and chair of the Alberta coaltion of the FIC, says she was forced to close one of her locations in July.

Slaneff says that involved terminating a lease, a bank loan and more.

“Nobody, not the bank, the landlord, utility company or even my internet service provider, had sympathy for my situation or [had] programs in place to work with small businesses, whose revenues had been severely handicapped by the pandemic,” she said.

The FIC wants to see more financial support for the industry, as well as tax deductions and government funding for individuals to access services.

FIC says there were four million workouts in the province at facilities between June and November with only 147 cases.

However, Alberta’s contact tracing system collapsed in the wake of soaring case counts, so many sources of infection are not known.

Andrew Obrecht, the owner of YEG and YYC Cycle spin studios, says businesses like his could help with that tracing.

“We have industry leading protocols, procedures and technologies to ensure that contact tracing is happening,” he said.

“In fact, when instances have happened, our contact tracing within our own businesses has sometimes beat out phone calls that individuals have received from the government.”

Last July, a spin studio was linked to over 40 cases of COVID-19.

Next steps and new variants

Wildeman says his organization is focused on getting to the second stage of reopening as quickly as possible.

“What does it look like if that doesn’t happen? It’s pretty catastrophic,” he said.

Alberta’s chief medical officer of health, Dr. Deena Hinshaw, said on Wednesday that the province has to be cautious in its approach to reopening and while numbers continue to fall, hospitalizations and case counts remain far higher than in the spring.

“It’s important that we take a slow, phased approach to ensure we aren’t doing too much too fast, especially as we learn more about the new variants of COVID-19 and work to prevent their spread in Alberta,” Hinshaw said.

Premier Jason Kenney has said that with the arrival of the new, more potent, variants of the virus, more stringent restrictions might have to be put in place.