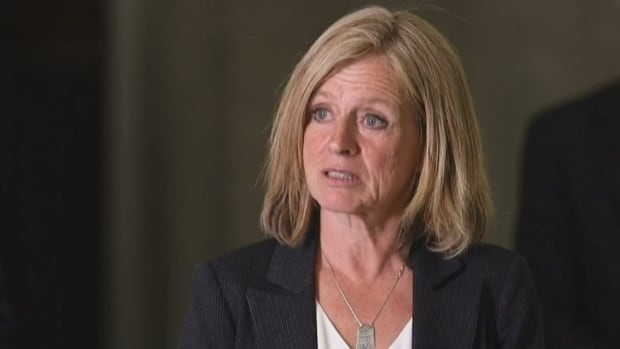 Alberta’s Opposition wants the UCP government to change some of what it has planned for post-secondary institutions outlined in last week’s 2021 budget.

The 2021 budget included a 5.4 per cent cut for post-secondary operations and 750 job losses.

Standing outside the University of Calgary on Tuesday, NDP Leader Rachel Notley and advanced education critic David Eggen highlighted four changes they’ll be putting to the government in the coming days and weeks.

“These schools are absolutely critical to the future of our province,” said Notley. “They need to be supported.”

Notley said post-secondary education is the real economic engine of the province, but she is worried about the future when it comes to students looking to other provinces to study in.

“Alberta’s advantage has always been its relatively young and well-educated population,” she said. “Gutting our education is going to send these young people to other provinces.”

Advanced Education Minister Demetrios Nicolaides has previously said universities have been going over budget. He urged them last year to immediately freeze hiring and stop spending on travel and hosting.

The province is facing an $18.2-billion deficit in the coming year.

Notley says cuts are the opposite of how to rebuild a faltering economy.

“Premier Jason Kenney cannot claim he supports diversifying our economy and creating new jobs and then at the same time cut funding to the very schools that would give our future leaders the skills and training they need and to advance growth in those sectors,” she said.

Notley says the cuts will force program cancellations and cut off access to advanced education to some students.

Notley wants the immediate reversal of all UCP cuts to post-secondary education, a figure she puts at $690 million.

She is also calling for freezing tuition, stopping hikes to student loan rates and immediately halting performance-based funding for some Alberta institutions.

“To be world class, to be nation leading, to be the educational destination for the best minds in the country, those have always been the goals of Alberta’s post-secondary system.”

Eggen called the cuts announced last week “devastating” and said staff and students are still stunned as they continue to digest the news.

The plea comes as debate on the budget begins this week.

Notley says she plans to release the first of several proposal papers on education in the coming weeks as part of the NDP’s economic strategy.

Notley is asking for Albertans to submit their ideas for post-secondary and other areas via the Alberta’s Future website.

Institutions say they’re still working out what the impacts will be.

The University of Calgary is facing a $25-million reduction to its operating budget, a cut of six per cent. It’s budget has been reduced by 18 per cent since 2019.

“Fiscal pressures faced by the government are real. Long-term solutions to those challenges require economic diversification, new solutions and a trained workforce — the very work at which universities excel,” president and vice-chancellor Ed McCauley said in a news release when the budget was announced.

Mount Royal University fared better, receiving a smaller cut to its budget, 2.5 per cent. As well, it will receive $50 million over three years for capital projects.