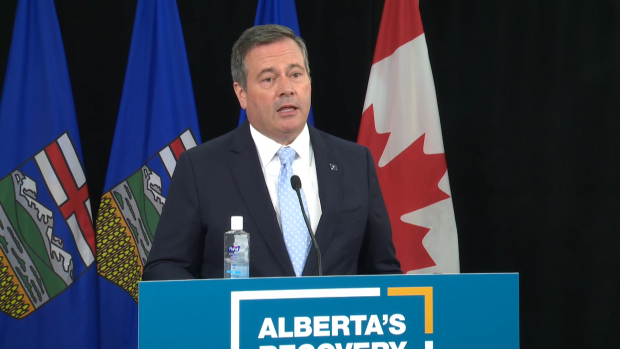 CALGARY — Premier Jason Kenney, along with the provincial health and finance ministers, will highlight the province’s funding commitments to the pandemic response and health system Tuesday morning.

The funding was originally announced as part of Budget 2021, which was unveiled last week.

A livestream of the announcement will be available here.

The highlighting of previously announced funding comes a day after Alberta entered the second step of its four-step framework for easing restrictions that were put in place to reduce the spread of COVID-19 in the province.