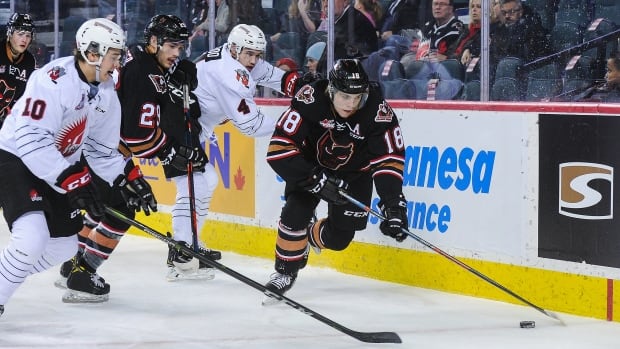 The Calgary Hitmen will temporarily move from the Scotiabank Saddledome to the Tsuut’ina Nation’s Seven Chiefs Sportsplex for the upcoming shortened Western Hockey League season.

Last week, the league announced that its five Alberta-based teams would form a Central Division and play a condensed season of 24 games starting on Feb. 26.

Calgary Hitmen players will be housed at the nearby Grey Eagle Resort for the course of the season.

Mike Moore, vice-president of the Hitmen, said the team sees this as the best way to keep players, staff and billets as safe as possible.

“Hopefully, [we’ll have] little impact from the virus, but we know that’s a challenge, and we’re going to work our best to make it as tight and safe as we can,” Moore said.

Fans won’t be permitted into the Seven Chiefs Sportsplex, and the Hitmen will only face the other Alberta teams during the shortened season.

Hitmen players will report to Calgary on Feb. 13.