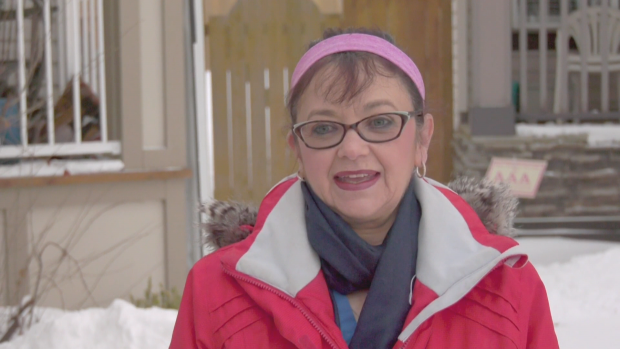 CALGARY — A custodian at a Calgary hospital says she was devastated when her vehicle was stolen from her southwest driveway Friday, leaving her unable to get to work.

Maxine Rideout was getting ready to leave for her night shift at the South Health Campus. At around 9:15 p.m., her husband started her 2007 black Jeep Liberty to warm it up and stayed close — shoveling the driveway, bringing her things to the car and taking out the trash and recycling.

Rideout said when she went outside to start her commute, her vehicle, along with her wallet, lunch bag and work clothes, were gone.

“To me as a cleaner, we’re on the front line in there, working amongst this disease to try to do good for people and the sick,” she said.

“To have somebody actually come and take your vehicle that you got to go to work with … it’s just devastating,”

Alex Rideout said in the span of five minutes, he was in and out of their Bridlewood home at least three times. He thinks the person who stole their car was watching, waiting for the right opportunity to take the idling vehicle.

“What I’m really grateful for is that Maxine didn’t bump into them as she came out,” he said.

The couple said the car isn’t worth much, has plenty of wear and tear and high mileage.

“She’s not in the best shape, but we relied on her to get to work,” she said.

Calgary police said Sunday they still have not located the vehicle, which bears the licence plate BWC-1773.

Last winter in Calgary, there were 494 vehicle stolen in the city while left running, according to Calgary police.