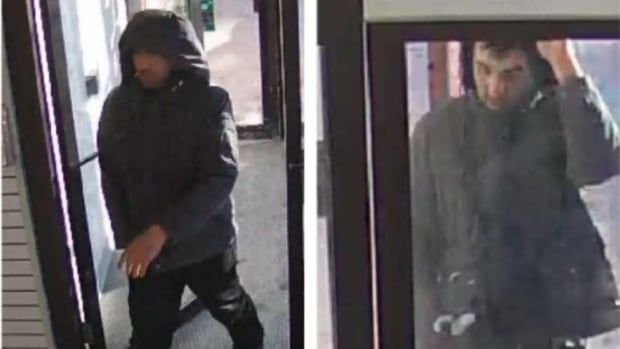 The Calgary Police Service is seeking the public’s help to identify a man who said a racial slur and spat on a woman, who says she remains traumatized by the incident at a northeast store earlier this year.

On Feb. 11, late in the afternoon, Tianna Hay was about to enter a Dollarama in Temple at the same time a man was exiting the store, police say.

After Hay stepped aside to allow the man to pass, he spat on her and said a racial slur.

In Hay’s victim impact statement, she says he called her a racist name twice.

Police say the man did this without any provocation, then left the area on foot.

Hay, who is Canadian Jamaican and the daughter of immigrants, said in her statement she has never had “another human being completely disregard my right to decency and respect.”

She says she has been stereotyped and racially profiled before but the assault “impacted my life in ways that I did not know were possible.”

Since that assault, Hay says, she has become paranoid and remains traumatized.

She urges these “acts of hate not be overlooked” and asks Calgarians to help identify the man involved.

A saliva sample was gathered from Hay’s clothing in hopes of identifying the man, but police say those results have not been obtained.

Security camera footage was recovered from the store and distributed to police and Calgary Transit employees in order to try to identity the suspect.

Police say the suspect is described as being olive skinned and about six feet tall with a medium build.

People with any information on the man are asked to contact the Calgary Police Service at 403-266-1234. Anonymous tips can be submitted to Crime Stoppers via phone at 1-800-222-8477 or through its website.