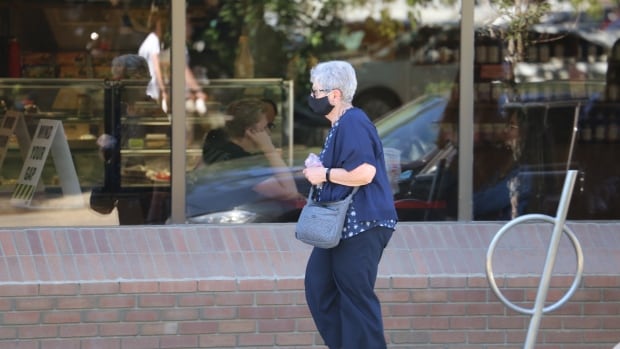 Edmonton city council voted narrowly Friday to drop its mandatory mask bylaw July 1, the same day the provincial government will lift its own mask mandate and most other COVID-19 health restrictions.

Council held a special meeting to vote on the third and final reading of the motion after Coun. Aaron Paquette refused to grant the unanimous consent required to vote on all three readings during Tuesday’s session.

Coun. Tim Cartmell said the province is better positioned to make a decision. It would be wrong for council to act as a seat of “second thought and second-guessing,” he said.

But Paquette said the Alberta government has done “verifiably worse” than all other provinces in making decisions to protect its citizens from the impacts of COVID-19.

Edmonton brought in its mask bylaw in August after the province declined requests from Iveson to bring in an Alberta-wide mandate. Alberta introduced a mandatory mask mandate on Dec. 8.

Premier Jason Kenney has called on municipalities to lift their restrictions in step with the province’s Stage 3 of reopening.

Kenney has accused those against the plan of inflating concerns about the delta variant and dismissing the advice of Dr. Deena Hinshaw, Alberta’s chief medical officer of health.

During Friday’s meeting, Iveson said mandatory masking for “a few more weeks” would have helped protect those who either can’t or will not get vaccinated, while also offering protection to those waiting for a second dose.

“I think it’s prudent either way and of course I’ll abide by the decision of council,” he said.

The Old Strathcona Business Association, which represents more than 500 businesses in the Whyte Avenue area, had urged council to consider keeping the bylaw in place until the impacts of lifting restrictions can be assessed.

“Even with vaccination rates on the rise, many of our businesses are expressing concern about staff safety and being exposed to the new delta variant,” the association said Thursday in a letter to councillors.

Many municipalities passed bylaws last summer and fall before the government brought in the provincial mask mandate.

The City of Leduc suspended its mask bylaw on March 8. Strathcona County followed suit, allowing its mask bylaw to expire at the end of March. St. Albert’s bylaw will expire once the province ends its mandatory masking requirement on Canada Day.

The Edmonton Zone Medical Staff Association, a physicians’ advocacy group, said the city should wait until 70 per cent of its population is fully vaccinated before it lifts the mask mandate, as the delta variant continues to account for a growing share of cases in Alberta.

The Public Health Agency of Canada has recommended keeping mask mandates until at least 75 per cent of a population has one dose and 20 per cent have a second.