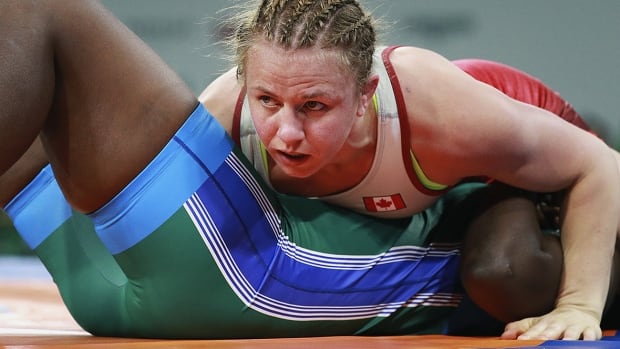 This time, Canadian wrestler Erica Wiebe will return home with a medal around her neck.

The native of Stittsville, Ont., collected her third pin of the tournament, defeating Ukraine’s Anna Melnyk in the women’s 76-kilogram bronze-medal match at the Outstanding Ukrainian Wrestlers and Coaches Memorial on Saturday.

In December, the 31-year-old Wiebe lost a battle for bronze at a World Cup event in Belgrade, Serbia.

After winning her first two matches by pin Friday, the Calgary resident fell to Aiperi Medet Kyzy of Kyrgyzstan by pin in the semifinals.

The reigning Olympic champion in the 75-kg freestyle class has already qualified for the Tokyo Games this summer.