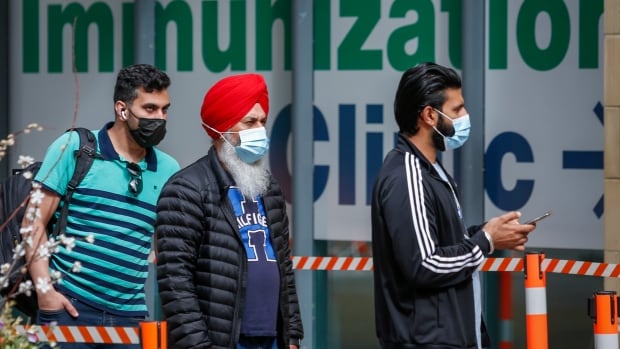 The latest on restrictions and reopenings:

(Note the latest daily count of new cases in the above chart will usually vary slightly from the net new cases Alberta Health announces each day. For more on why, click here.)

The latest on vaccines:

You can see active cases by local health area on the following interactive map. Scroll, zoom and click on the map for more information:

See which regions are being hit hardest:

Here is the detailed regional breakdown of active cases as reported by the province on Thursday.

How Alberta compares to other provinces and territories:

Find out which neighbourhoods or communities have the most cases, how hard people of different ages have been hit, the ages of people in hospital, how Alberta compares to other provinces and more in: Here are the latest COVID-19 statistics for Alberta — and what they mean.