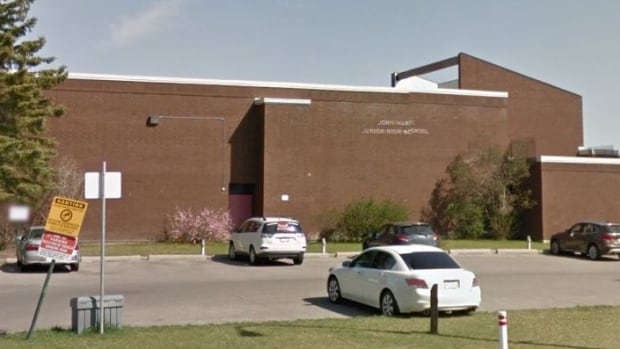 The body of Michael Andreassen Gregory, 57, was found on Vancouver Island. His death is not considered suspicious.

The BC Coroners Service confirmed it is investigating the death of a man who matches Gregory’s description.

Last week, Gregory was charged with six counts of sexual assault and 11 counts of sexual exploitation in connection with incidents alleged to have taken place while he taught at John Ware Junior High School in southwest Calgary between 1999 and 2005.

Gregory was a teacher at the school from August 1986 until September 2006.

Police say the investigation will continue and are encouraging anyone with information to still come forward.

“When a suspect or accused passes away before an investigation is complete, we still finish examining all the evidence to try to learn what happened,” said police in a release Tuesday.

“This hopefully allows us to give some closure and supports to victims, and helps ensure that no one else who still can be charged was involved in any offence.”

Police began their investigation last September when a woman reported she and other female students had been undressed by Gregory, exposing them to him and their peers during an unsanctioned canoe trip.

Detectives from CPS’s sex crimes unit identified five other women who reported sexual interactions with the same teacher between 1999 and 2005.

“It is believed that the teacher used his position of trust to groom female students and get them into situations where a range of sexual activities could occur … young people cannot give free and informed consent for any sexual activity with a person in a position of trust,” police said in an earlier release.