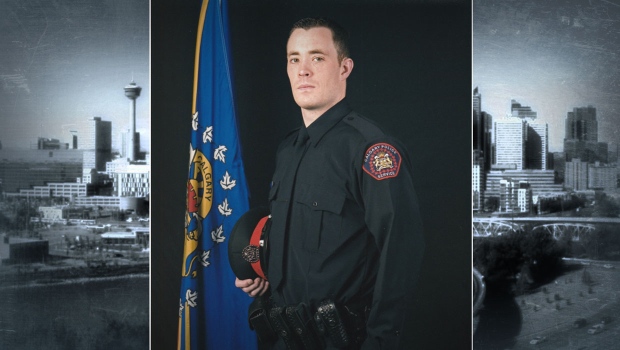 CALGARY — An Alberta judge has denied bail to a man charged with first-degree murder in the hit-and-run death of a Calgary police officer.

Police allege that Amir Abdulrahman, who is 20, was a passenger in an SUV that Sgt. Andrew Harnett tried to stop on Dec. 31 after he noticed its licence plate didn’t match its registration.

Harnett was hit by the vehicle and later died in hospital.

Abdulrahman and a 17-year-old boy were charged with first-degree murder.

Police have said the SUV sped off and a second, unrelated vehicle may have come into contact with Harnett on the road.

Details of the bail hearing, held almost a month ago, are under a publication ban.