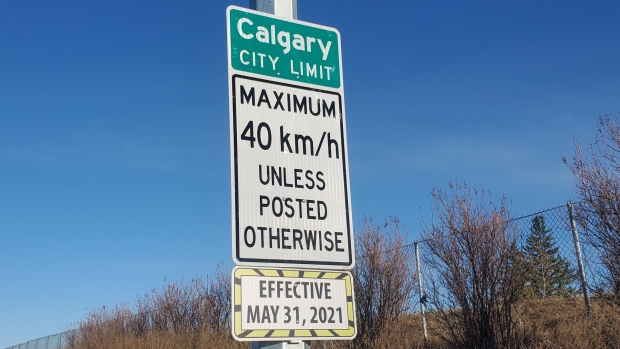 The maximum speed limit on city streets has been reduced from 50 km/h to 40 km/h unless otherwise posted.

The City of Calgary Standard Speed Limit Bylaw was passed at a Feb. 1 strategic meeting of council to address safety concerns, as evidence shows collisions are less severe at lower speeds.

City data shows there are an average of 9,100 collisions each year in Calgary neighbourhoods, with an average of 550 of those resulting in serious injury or death.

The cost of the speed limit reduction is just under $2 million with most being spent to install new signage while $300,000 has been allocated to educating drivers of the changes.

The city has an created an online tool with additional details regarding the speed limit on every Calgary road.

With files from CTV’s Kevin Fleming.