CALGARY — The Alberta flag on the wall in his garage gym in Hamilton tells you all you need about Aaron Crawford.  He loves the province and is glad to be coming home  The 34-year-old signed a one year deal with the with the Stampeders.  Crawford says it’ll be great to pull on that red and white jersey.

“I miss Alberta, I’ve had that flag up there since I moved here (Hamilton). I never forget where I came from.” 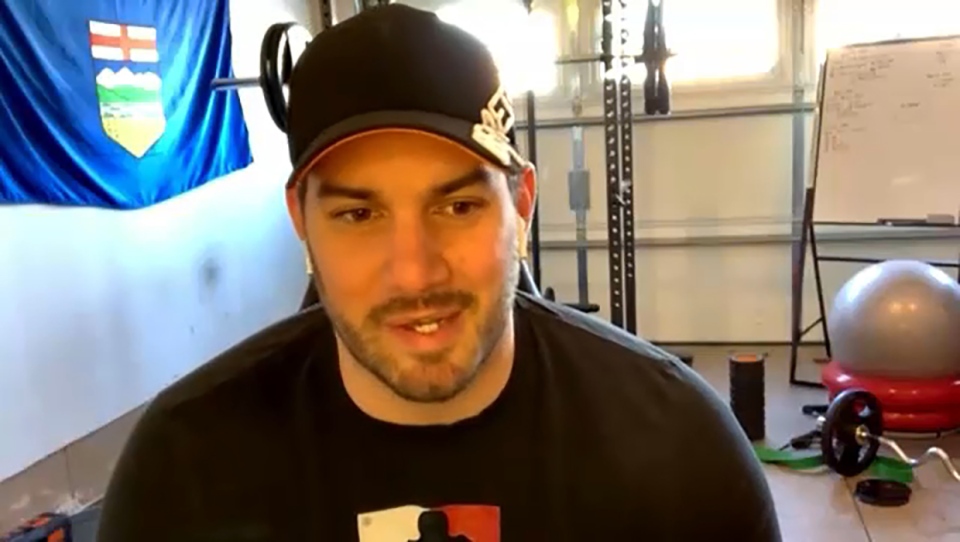 This actually won’t be the first time Crawford has pulled on a Stampeders jersey.  Crawford says it happened before he started his pro career.

“Calgary actually helped out a team who I played for in Victoria for junior.  They sent their jerseys when there was a bus fire the year before I got there – so I’ve actually worn the red and white officially.”

And that’s not the only connection Crawford has to the Stampeders.

When he was getting into long snapping he was struggling a bit because at 6’4 and 263 pounds he was one of the taller players in that position.

He wanted to get better so says he studied film of one of the best long snappers in the game, former longtime Stampeder Randy Chevrier.

“I tried to copy and paste (his techniques when) I saw him line up,  how he’d walk up to the ball and how he’d position himself and his feet and that kind of stuff,” he said.

“I just kind of put two and two together about what I was trying to do.  What shorter guys were trying to do wasn’t translating very well.”

Those film sessions definitely helped make Crawford a better long snapper and Chevrier says he’s glad he could help out. 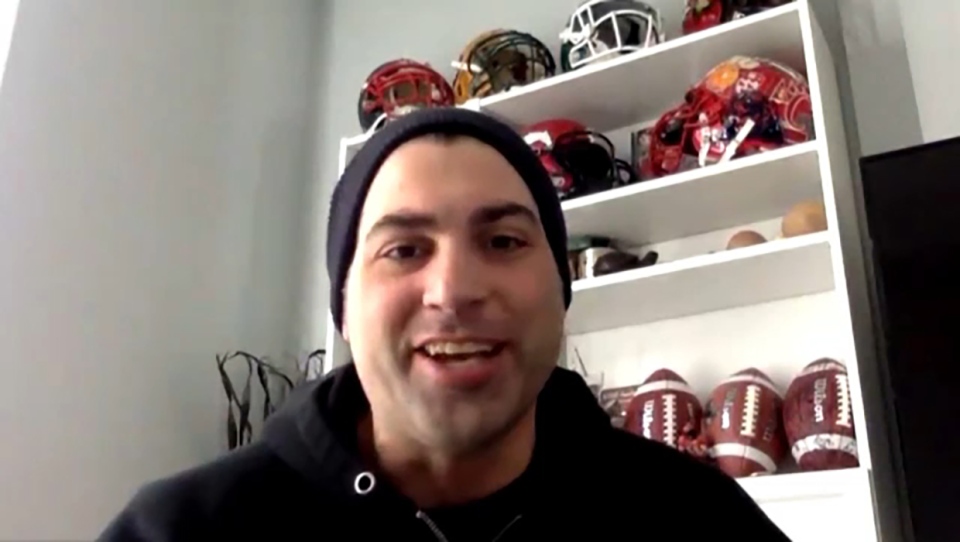 “He’s told me that in the past that he really appreciated the body of work I did,” Chevrier said.  “But I never realized that he used film of me to sort of get to the next level so to speak and it’s very flattering.”

And now that Crawford is coming to Calgary, don’t be surprised if you see the two of them in a park practicing the finer points of long snapping.  Crawford says he’ll definitely lean on Chevrier for advice.

“Mentorship kind of thing, like you know I’m looking forward to how he kept his body going,” Crawford said.  “Like little tips and tricks and that kind of stuff and just the keys to longevity.”

Chevrier who is now 44-year-old played the game until he was 40.  He says he’d be more than willing to help Crawford out.

“It’s like Jedi training. He’s got the forest and he knows how to use it but I can Yoda him to the next level and you know he can make it a 16 year career like I did.”

Crawford is working on the arrangement and says he wants to get to Calgary as soon as he can, to meet his new teammates.