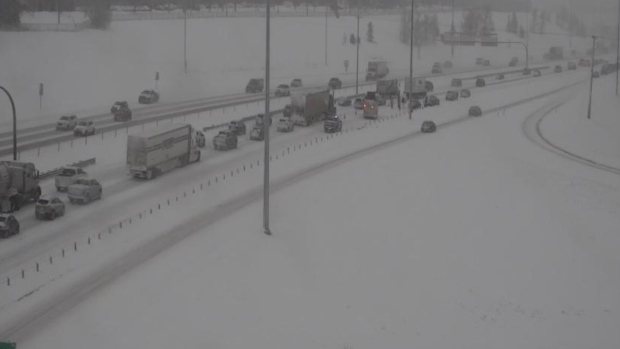 CALGARY — The northbound lanes of Deerfoot Trail have been reopened between the McKnight Boulevard and Memorial Drive overpasses and one southbound lane is back open after emergency crews responded to numerous crashes.

The section of Calgary’s largest north-south thoroughfare was closed shortly before 1 p.m. and was reopened about 3 p.m.

Police say one southbound lane is expected to remain closed until at least Friday evening and drivers should find an alternate route if possible.

One of the crashes, at Deerfoot Trail and 32nd Avenue N.E. just before 12:30 p.m., sent one adult to hospital with serious injuries. Minor injuries were reported in numerous other crashes.

One southbound lane will remain closed between McKnight Boulevard and Memorial Drive through rush hour. You may want to find an alternate route home.#yycroads #yyc #yyctraffic

This is a developing story. It will be updated as details are confirmed.