CALGARY — When Donna Riopel opened her Kensington consignment store in 1997 she’s always made sure all excess clothing that didn’t sell went to a charitable organization.

“I sort of made a pact to myself that any clothing we did not use I directly wanted to affect change with women, with single mothers, with the homeless and with people in need,” said Riopel, owner of Trend Fashions located on Tenth Street N.W.

But that has been difficult during the pandemic and clothes destined for charities are now piling up in the basement of her store.

“Since COVID’s hit, every organization has stopped picking up the charity.”

Riopel has tried to distribute what she can but it’s a huge task and she has turned to the public for help.

“Anyone working with teen outreach, that’s working with women, women in need, any organization that can use this stuff please call us,” said Riopel. “The stuff that ends up leaving the building is of great quality so I would like to see it used.”

Riopel said at one point during the pandemic she had to stop accepting clothing because she was running out of space. 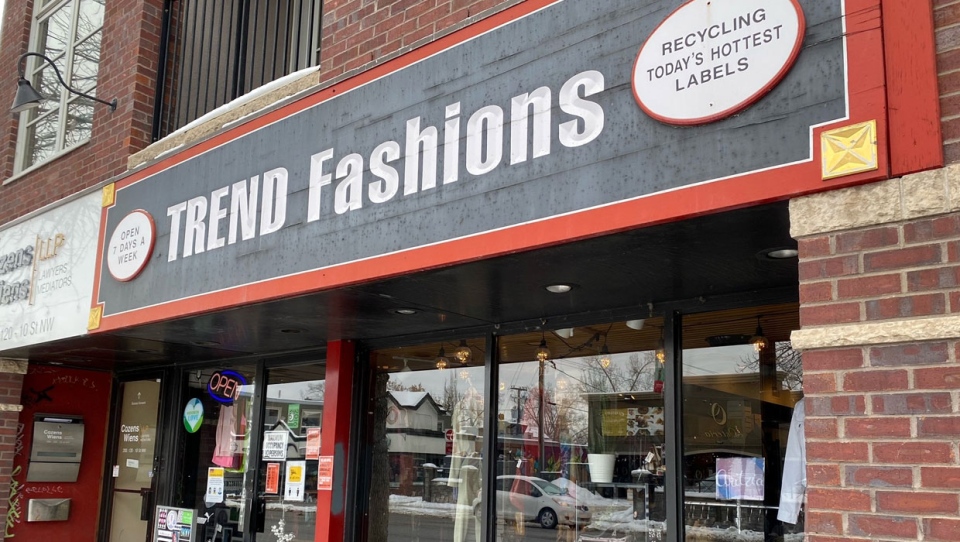 She said more shoppers are also coming in the store.

Several doors over, Kensington Konsignment is also seeing more people looking to make some money off their clothes.

“I’ve noticed we’ve definitely had more consigners than we’ve had in previous years,” said Lindsay Anderson.“With everybody being at home, going through all of their stuff wanting to clear spaces out.”