CALGARY — A Calgary mother who underwent cancer treatment this summer is circulating a petition calling for self-breast exams to be a part of Alberta’s education curriculum.

Elizabeth Wilson, 35, started an online petition but has also reached out to her MLA and the senior manager of wellness education with Alberta Education.

“Knowing that there might be someone else out there who is 16 or 17-years-old right now who doesn’t know that when they are 35 that this is going to blindside them like it did to me,” said Wilson.

She’s calling for self-examinations to be added to the Career and Life Management (CALM) curriculum.

“Being able to help that person catch it earlier would mean a lot to me.”

While she was pregnant, she felt an odd disc-shaped lump in her breast, but her doctors told her to wait a year after birth and breastfeeding.

With her seven-month-old babe in arms, an ultrasound last May revealed she had Stage 3 cancer. 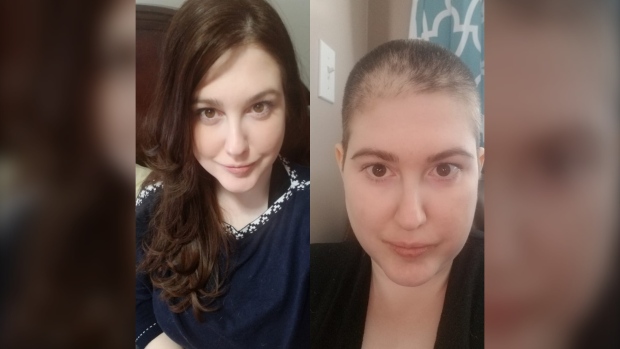 All through the summer of 2019 she underwent aggressive chemotherapy, radiation and had the breast surgically removed, while raising her daughter Violet, now nearly a year-and-a-half old.

Wilson says she would have been better equipped to detect and treat her cancer earlier had she been taught how to self-examine her breasts.

“There’s so much awareness, but there’s not a lot of knowledge out there about what breast cancer actually entails.”

She says it’s important for both boys and girls to learn self-examinations for breasts and genitalia to know the signs in theirselves and partners.

Alberta Education is accepting feedback online with its Vision for Student Learning Engagement until Feb. 24.