A Calgary police officer who slammed a handcuffed Black woman onto the floor face-first should spend nine months in jail, the prosecutor argued Thursday while Const. Alex Dunn’s lawyer asked for his client to serve time in the community instead.

Const. Alex Dunn, 34, was convicted of assault causing bodily harm stemming from the violent arrest of Dalia Kafi on Dec. 12, 2017.

During Thursday’s sentencing hearing, Cory Wilson, Dunn’s lawyer says his client is guilty of “becoming frustrated with Ms. Kafi, taking her to the ground in a judo style throw.”

“One mistake does not define a man.”

Wilson proposed a sentence to be served in the community — with a combination of house arrest, curfew and probation — or if the judge feels jail is appropriate, 30 to 45 days served on weekends.

A date for Christopher to hand down her decision will be set next week.

Outside, after the hearing, Kafi spoke with reporters. 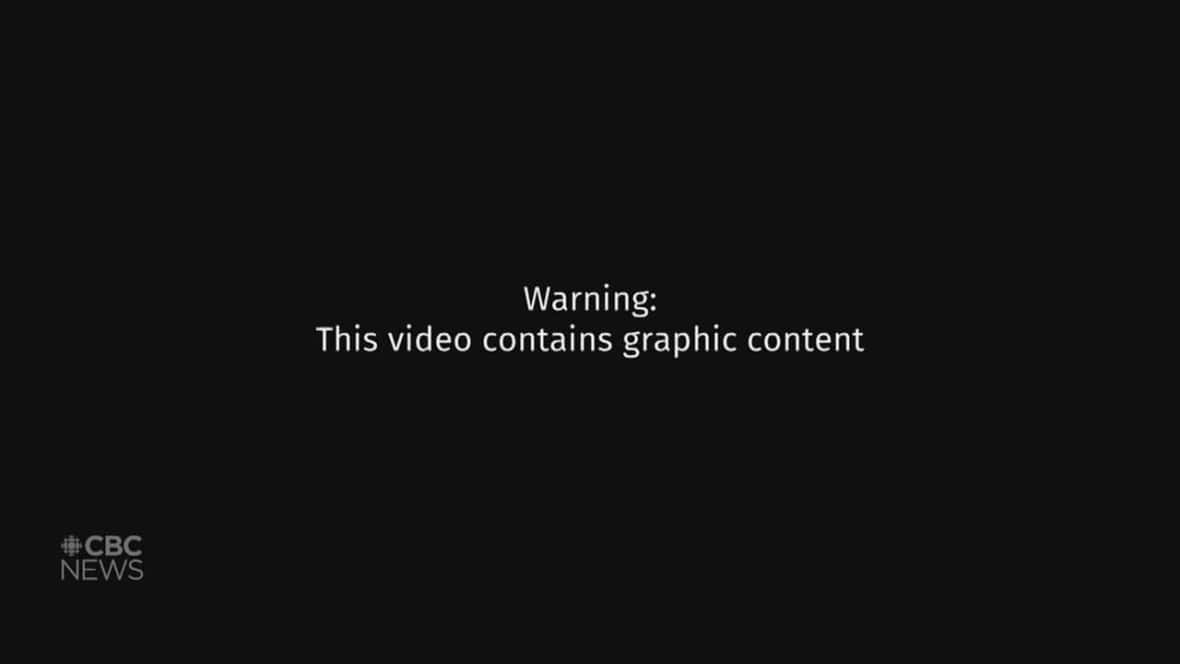 In this court evidence from Dec.13, 2017, Dalia Kafi was arrested by Const. Dunn for breaching her curfew. At the arrest processing unit, Kafi says she backed away from Dunn when he attempted to remove her headscarf. Dunn can then be seen throwing the handcuffed woman to the ground face first. 1:03

Kafi, who is Black and was 26 years old at the time, had been arrested by Dunn during a traffic stop for breaching a court-ordered curfew and brought to the arrest processing unit (APU).

There, Kafi was ordered by Dunn to stand against a wall to have her photo taken.

Dunn then reached toward her head twice in an attempt to remove Kafi’s hair scarf.

Video from APU shows Kafi ducking away from Dunn as he tries to remove the scarf.

In what Wilson described as a “momentary loss of judgment,” Dunn flung Kafi onto the concrete floor, with her hands still cuffed behind her back.

Kafi head can be seen bouncing off the ground with a pool of blood quickly forming.

Prosecutor Ryan Pollard said Kafi needed surgery for a broken nose and stitches in her lip.

In his sentencing submissions, Pollard said that although there was no evidence the assault was racially motivated, the judge should consider it in the greater context of causing harm to the community.

“I submit it would be an error for the court to not consider the fact the victim here is Black and the perpetrator is white.”

Dunn is currently suspended without pay from the Calgary Police Service.

“He always wanted to be a police officer,” said Wilson. “He knows as a result of this, his career is over.”

Wilson noted the incredible worldwide dissemination of the the take-down video, released on Day 1 of trial.

The video has been viewed more than 13-million times in one tweet alone and has been re-tweeted by celebrities like Morgan Freeman and LeBron James, according to Wilson.

“This is an individual who’s had his life destroyed by one very unfortunate incident,” said Wilson.

“[Dunn] has forever lost his reputation in the community. This is something that’s going to be on the internet forever.”

Kafi says she wants to talk about the assault but can’t afford therapy. She also says she’s haunted by the attack and has trust issues, particularly with police.

“How this could happen at a police station by someone I thought was there to protect me?”

This story is part of a CBC project entitled Being Black in Canada, which highlights the stories and experiences of Black Canadians, from anti-Black racism to success stories Black communities can be proud of. You can read more stories here.