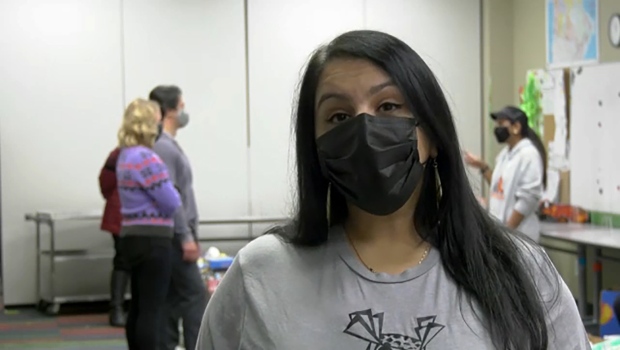 CALGARY — A UCP cabinet minister has shared details about an alleged attack on her daughter that occurred on a downtown Calgary street that she says was motivated by hate.

Rajan Sawhney, Alberta’s minister for community and social services and representative of the riding of Calgary-Northeast, posted on social media about the incident, which she says left her and her daughter “shaken.”

In the account, Sawhney says her 25-year-old daughter was attacked on Stephen Avenue on Friday, near her place of work.

“She was grabbed, pushed, sworn at and chased down the sidewalk. My daughter ran and stood next to two strangers. The attacker followed and kept screaming at her and pushed her again,” Sawhney wrote in her post.

She added that she has always been concerned about the increase in attacks on women based on their race and while her daughter was not physically harmed, it left a deep impact.

“I am outraged, saddened and disgusted at the same time, as I have been with every single attack on racialized women that has occurred in recent months.”

Sawhney said the incident has also emboldened her to push for more protections for all women, no matter their background, to “walk in public without fear of being attacked.”

“A whole lot of society response is required, because as I have said before, if we don’t speak up for those who are oppressed, often we will be next.”