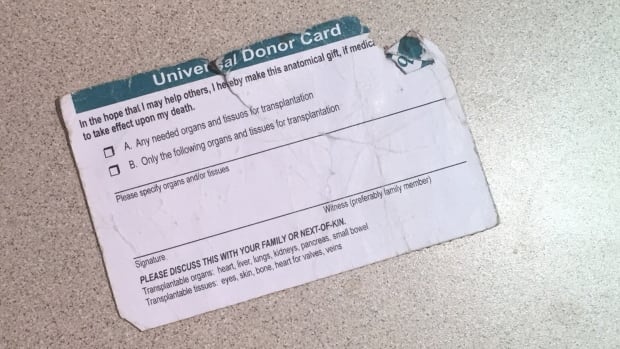 The provincial government appears to be on the verge of replacing the flimsy, easily torn paper health-care cards that are both a curiosity and irritant for many Albertans.

A “registry system modernization” to “add personal health number(s) to driver’s licence and identification card(s)” is listed as a capital project to be undertaken by Service Alberta according to a document released in last week’s provincial budget.

The expenditure is estimated to cost $600,000 in 2021-22. There are no amounts listed for the two subsequent fiscal years, which suggests the work could be completed by next year.

“Service Alberta has been working closely with our colleagues in Health to explore options to modernize the paper cards using some of the same security, technology, and innovation that led to Alberta having some of the most secure driver’s licences and ID cards in North America,” she wrote.

“Modernizing these cards was a promise in the United Conservative election platform and one the minister is especially looking forward to keeping.”

Alberta health cards have been issued in paper since they were first introduced in 1969. They show the bearer’s name, birth date and health insurance number. But they lack photos, addresses, and most crucially, do not expire, which could open them up to misuse.

Former auditor general Merwan Saher in 2015 criticized the lack of expiry dates, arguing the cards could be used by people who no longer live in Alberta.

The UCP promised in its 2019 campaign platform to combine health cards with drivers’ licences or provincial photo ID cards as a “multi-use personal identification card.”

Sarah Hoffman, the NDP MLA for Edmonton-Glenora, said she wanted to update the cards when she was minister of health between 2015 and 2019.

Hoffman can’t remember the exact cost of the upgrade, but she remembers it was too much, especially when the government needed to spend money on frontline services.

“If I thought it could be done for as little as the government appears to be pretending that it can be done for, I would have done it,” Hoffman said in an interview on Wednesday.

“But the truth is that I remember thinking it was a lot of money.”

Hoffman is skeptical of the amount earmarked for the changeover.

She suggested the government may try to recoup costs by charging higher fees for licences and ID cards, which could hurt low-income Albertans

If the government intends to raise fees, Hoffman said they should be clear about what they are planning to do.