The Federal Building plaza, with views of the Alberta Legislature, has a new name: the Violet King Henry Plaza.

Many who protested in Edmonton as part of the Black Lives Matter movement, in response to George Floyd’s death last summer, would have walked past the plaza, or through it, on their way to the Legislature.

Now, it serves as a reminder of a woman who stood up to adversity to follow her dreams against all odds, carving a path for others.

Nicole Dodd is one of the founders of the AB Anti-Racism EDU Committee, a group campaigning for Black Canadian history and anti-racism coursework to be included in Alberta’s K-12 curriculum. 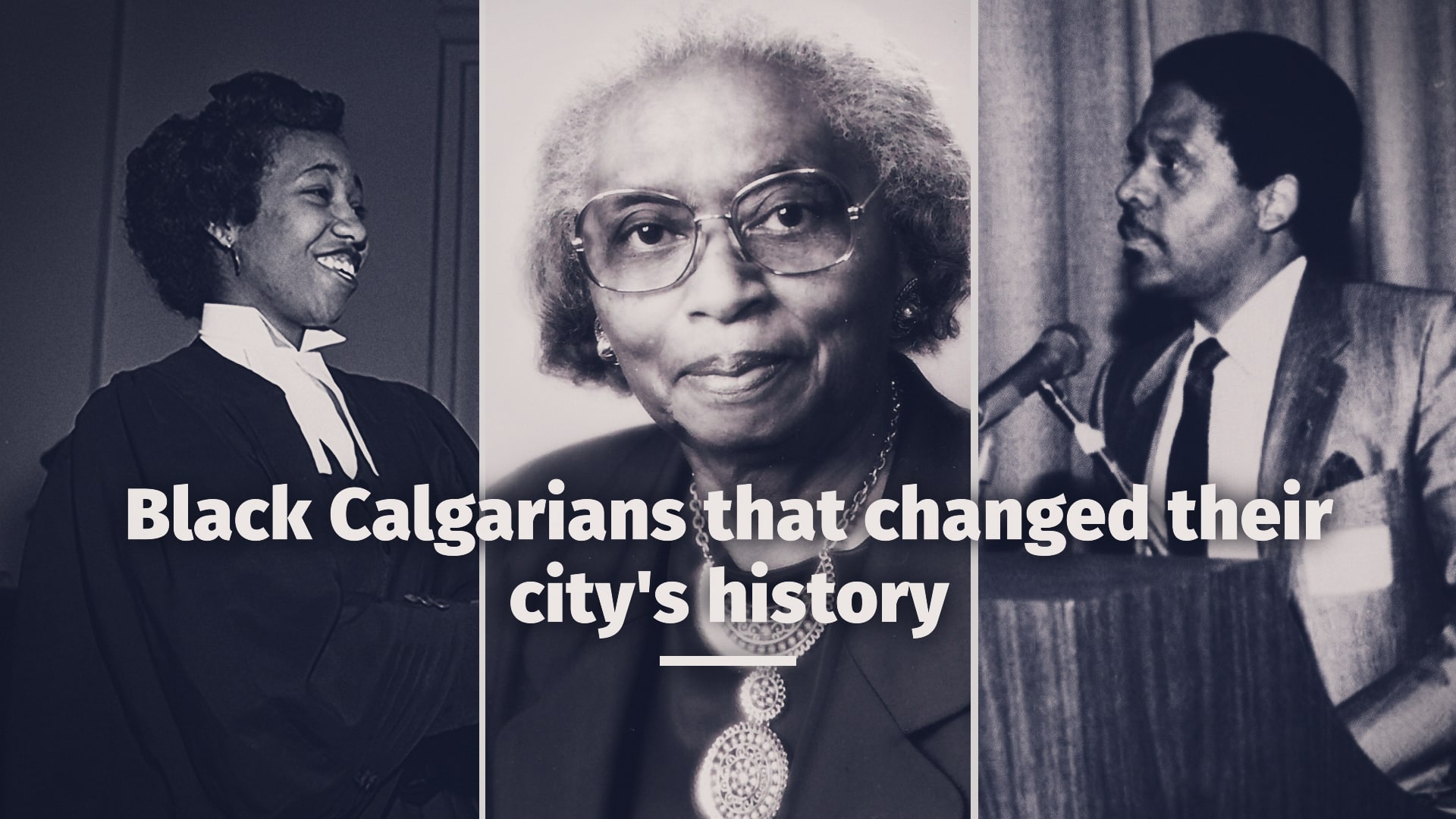 For Black History Month, we take a look at the lasting impact of three Calgarians. 7:40

Her brother, Ted King, was an activist and the president of the Alberta Association for the Advancement of Coloured People.

These types of renamings matter, said Dodd. They deepen Alberta’s understanding of its Black history and the people who helped build this province.

“She’s a local Calgarian … she was born and raised in Alberta, educated in Alberta and achieved this incredible success against all the odds,” said Dodd.

At the University of Alberta, King Henry was recognized alongside Peter Lougheed with an Executive “A” gold ring at Colour Night, the annual celebration of student contributions to the university.

“That’s just to show the calibre of person that Violet King was. She was highly engaged in her university life and she demonstrated significant leadership qualities,” Dodd said.

Dodd added she hopes this is the beginning of more landmarks and monuments to commemorate racialized Albertans.

The minister of Culture, Multiculturalism and Status of Women, Leela Aheer, unveiled the new plaza name on Friday, days before the end of Black History Month.

She stood in front of the podium, addressing King Henry’s living daughter directly.

“I just want to remember this moment, this moment in time,” Aheer said. “You know, she was tenacious and she was strong and she never backed down. This is a legacy that all of us need to understand to be able to move forward, to truly do the work that needs to be done to make sure Alberta is the most caring and loving and welcoming space in the world.”

Justice Minister and Solicitor General Kaycee Madu said Violet King Henry carved a path for Black lawyers, and spent her career fighting for the rights of her fellow citizens.

“Violet King Henry’s courage and perseverance stand as an example to us all,” Madu said. “With every event, festival and gathering held at Violet King Henry Plaza, we will be keeping her extraordinary legacy alive.”