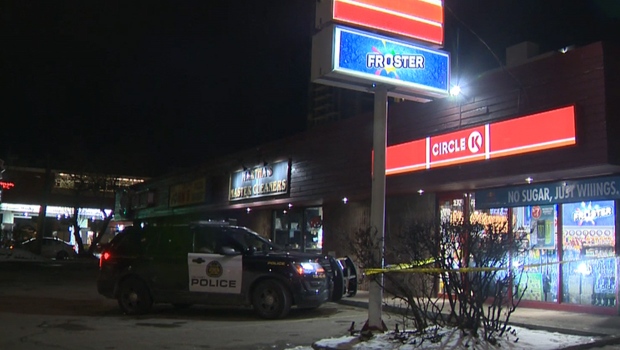 CALGARY — Members of the Calgary Police Service are investigating an early morning stabbing in the Beltline that sent one man to hospital.

Emergency crews responded to the Circle K store at the intersection of Eighth Street and 14th Avenue S.W. shortly before 4 a.m. after a man suffering from a stab wound to his leg entered the store in search of help.

The man was transported by ambulance to hospital in serious condition.

A trail of blood led police to a building near the intersection of 11th Ave. and 11th St. S.W. but no arrests have been made in connection with the attack.

Anyone with information regarding the stabbing is asked to contact the Calgary Police Service at 403-266-1234.