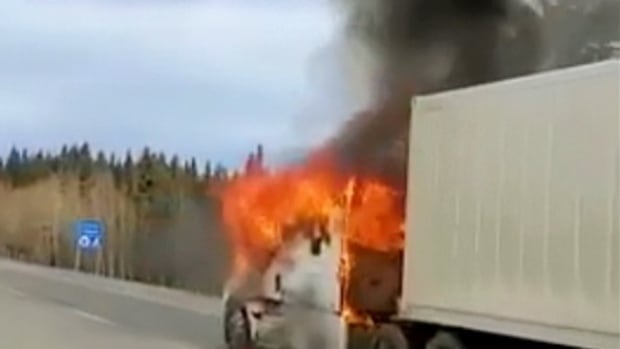 Shortly after 9 a.m., Cochrane RCMP responded with fire services from Springbank to the report of the ablaze vehicle in the westbound lanes of Highway 1, just west of Highway 68, according to an RCMP news release.

The driver of the semi-trailer was hauling frozen foods.

Police say he was able to stop and get out of the vehicle. No injuries were reported.

Rocky View County’s fire department said the fire was put out at 10 a.m. and that the driver stayed on scene. The cause is still unknown.

RCMP says westbound traffic on the highway is delayed and advises motorists to take an alternate route.