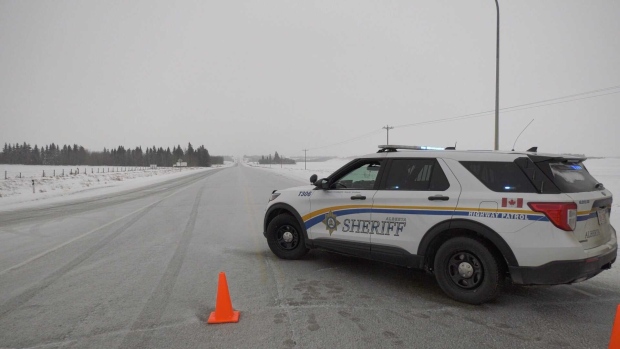 EDMONTON — One person is dead and another was taken to hospital after a two-vehicle crash on Highway 28 Wednesday morning.

RCMP say the driver of the westbound vehicle appears to have lost control and crashed into the vehicle travelling east.

The driver of the westbound vehicle died at the crash site, said police.

The driver of the other vehicle was taken to hospital, but police did not say what the extent of their injuries are.

Road conditions are believed to be a factor in the crash, police said.

Traffic was diverted, and RCMP expect the roads will reopen shortly.