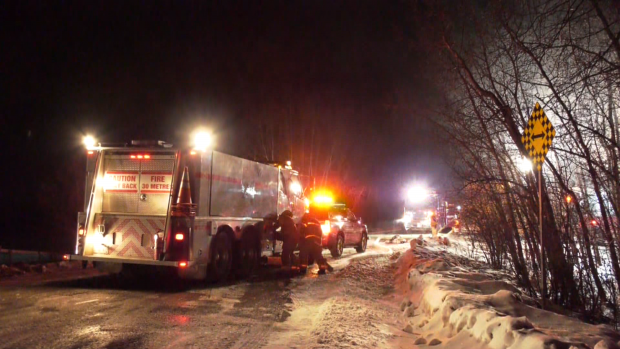 The blaze broke out in the early morning in a basement on a rural acreage southeast of Sherwood Park.

The family was at the home on Range Road 225, but able to get out safely.

Two firefighters suffered what officials on scene called “heat-related injuries” and were taken to hospital for assessment.

Crews were still on scene at 6 a.m. and expected to be there for a while longer.

“A lot of the upper floor, some of the stuff has dropped down on top of the fire,” Strathcona Emergency Services’ deputy chief Devin Capcara explained.

“So it continues to smolder underneath. It’ll just be a long period of overhaul to get the fire completely out.”

The cause of the fire is not known.