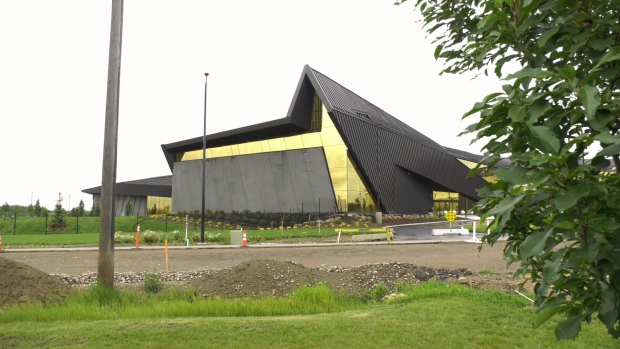 EDMONTON — The newly built police station in northwest Edmonton was completed in 2018, but has not been able to open because of a water issue. Now, city inspectors say the entire three-acre roof needs to be replaced, at a cost of millions of dollars.

The building was designed to be interesting to look at, as well as functional. But leaks were found in the roof of the $107 million building shortly after completion. The roof was patched last fall, causing the budget to balloon by $4 million.

This past January, inspectors found 22 more leaks in the roof.

A report will go before city council next week to replace the entire roof, at a cost of $8 million, which the city would have to borrow.

“I’d rather not spend a penny of it, but at the same time to have a facility that I can’t use,” Esslinger said. “Seems ridiculous.”

The project was approved in 2012, before the current area councillor Jon Dziadyk was elected.

“It’s a beautiful building, I love it,” he said.

“The Police need and deserve a facility like this, perhaps the roof shouldn’t have been so elaborate in the first place.”

The building will replace the existing police station in northwest Edmonton, which doesn’t have any holding cells. The new building also has a training facility. Currently, the police department is renting gym space in Griesbach for training.

“Maybe we should have been a bit more modest and then this building would be up and running right now with the police actually in it.”

“I’m sure after this we’ll have a discussion about what could have happened differently, should we have designed it like that, at this stage, it’s figure out how to move forward,” said Esslinger.

The city has taken the original contractors to court. Councillors expect a settlement will cover the cost of the initial repairs and the new roof.

The city will choose from two possible designs for the new roof, more information about those options is expected to be revealed on Monday, as well as a timeline for the project.