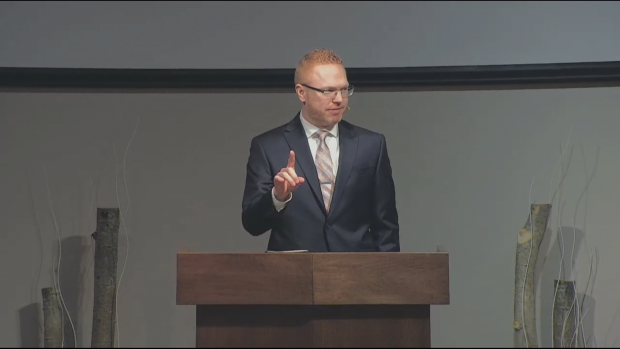 EDMONTON — An Alberta pastor accused of ignoring COVID-19 rules will learn the outcome of his bail conditions appeal Friday morning.

James Coates, with GraceLife Church in Parkland County west of Edmonton, has been in jail at the Edmonton Remand Centre for more than two weeks.

On Thursday, Alberta Court of Queen’s Bench Justice Peter Michalyshyn heard an appeal from Coates’ lawyer who argued the pastor should be released without conditions, citing an “inability to agree to the condition of release that was imposed upon him.”

“This is a matter of deep-seeded personal conscience and religious beliefs for Pastor Coates,” said lawyer James Kitchen. “He is unable to disobey the God he believes in. He is compelled to obey … as [are] his congregants.”

Coates turned himself in in mid-February. He has declined to agree to release conditions, specifically that he not conduct services, that would have seen him leave jail while awaiting trial.

Kitchen declined his client’s right to seek a publication ban.

The public health prosecutor cited the lone restriction on his bail conditions.

“The one condition that was imposed is directly related to the behaviours that come under the prohibition of the Public Health Act orders,” she said.

The prosecutor requested to appear by title, rather than by name, citing security issues.

Michalyshyn said he will reserve his decision until Friday morning at 9 a.m.

Despite a closure order issued in January, the church has been holding services that officials say break public-health orders on attendance, masking and distancing.

Coates has told worshippers in his sermons that governments exist as instruments of God and there should be unfettered freedom of worship.

Public health restrictions limit attendance to 15 per cent of capacity and those there must physically distance and wear masks.

A three-day trial has been scheduled starting May 3.

As of Thursday morning, 1,902 Albertans have died due to COVID-19 and more than 134,000 have been admitted to hospital since the start of the pandemic last March.