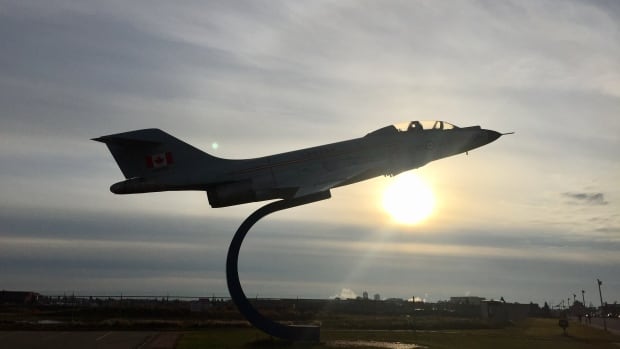 The City of Edmonton says it’s prepared to sell a historic hangar, which is home to the Alberta Aviation Museum, because rehabilitating the 80-year-old building could cost up to $41 million.

The fate of Hangar 14 — on the former City Centre Airport lands at Kingsway Avenue at 114th Street — now hangs in the balance.

Council’s executive committee on Wednesday discussed the option of a sale, which was outlined in a facility rehabilitation and investment study.

“Hangar 14 requires major rehabilitation work, which should not be deferred beyond five years, at which time critical asset failures are anticipated,” the report says.

“In an ideal world, I’d love to see the city retain ownership but I think there are a number of other capital pressures and priorities that would make that an unlikely scenario,” she said.

The report said the sale of the hangar has the potential to generate property tax, as it would no longer be a city asset.

Built in 1942, Hangar 14 is legally protected as both a provincial and municipal historic resource, so demolishing it is not an option.

It’s the only remaining double-wide, double-long hangar in Canada, according to the report. It was a pivotal stop for British Commonwealth air training during the Second World War.

The hangar has been home to the Alberta Aviation Museum for more than 30 years.

Ryan Lee, the museum curator, said if a new owner asked the museum to move, it would be an enormous task.

“There’s more than 30 aircraft, we have a lot of large equipment,” he told CBC News. “And some of our aircraft don’t come apart easily so they’re quite difficult to transport and there’s no good option for us to go to.”

Lee said he thinks the city should invest money in the hangar and allow the museum to stay.

The not-for-profit organization is careful with money, Lee said, and relies on fundraising, donations and modest entry fees to operate. The museum receives about 22,000 visitors a year, he said.

“We are not going to be able to operate without a big partnership like with the city,” Lee told the committee. “If we don’t have a home, it’s going to be really bad.”

Brent Abbott, president of the Alberta Aviation Museum Association, said the museum contains not only history but also cultural displays and lessons for residents and visitors.

“Does Edmonton want an aviation museum?” Abbott asked. “We thought this was a settled question. If the response is ‘no’, disposal of Hangar 14 makes some sense.”

Stevenson said she’ll advocate for the city to work with the museum on a strategy that lets the museum stay while the building gets an upgrade.

“The aviation museum is a true asset in our community — it’s a hub of history, education and connection,” Stevenson said.

David Johnston, principal heritage planner with the city, said he hopes a new owner would keep the tenant for historical associations.

“In a perfect world, having an aviation museum in a historic hangar makes so much sense. It’s just a great way to tell that story,” he said.

Johnston said the city is also open to having a company or group repurpose the building for public use.

“Some sort of community based use that could go in the space to serve Blatchford, whether it’s public-type stuff or maybe it’s commercial retail or something like that that could serve the community,” he said.

The main concern for heritage planners is keeping the building alive, he noted.

“They’re attractive for vandalism and all sorts of things like that. But also, when there’s no heat and there’s no services to these buildings, they deteriorate very rapidly after that.”

The fate of Hangar 14 is up for discussion and questions at a city council meeting July 4.