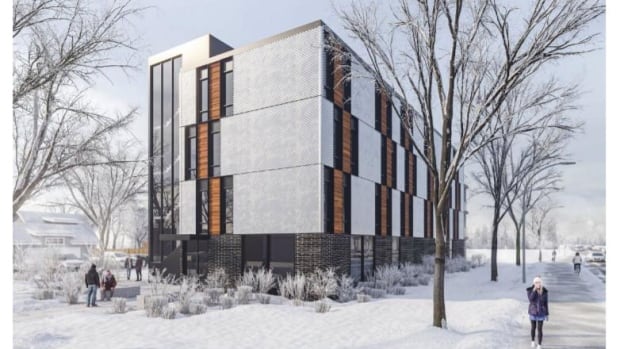 Five new permanent supportive-housing projects are getting shovel-ready in five Edmonton neighbourhoods this year, despite some pushback from residents to the most recent proposal.

The agreement would see the city “sell” the land for $1 to housing agency Homeward Trust Foundation, which would oversee the development of up to 60 units in a low-rise apartment complex.

The Westmount portion needs final approval of council as a whole, likely to be put to a vote in two weeks.

During the meeting, area resident Cleaven Pagani said he’s concerned the building, which would house people with mental health, addictions and complex issues, is too close to Westmount Junior High School.

“It’s a big concern for me and my family. I have three young children, all of which will be going to the Westmount school in the coming years.”

Pagani said he’s worried the project would invite more crime to the community.

‘This is the solution’

Coun. Scott McKeen said the permanent supportive housing will be well-managed and regulated with thorough screening for tenants.

He said this type of housing helps people get off the streets and in turn, curbs social disorder related to homeless issues.

“This particular facility — that’s not the problem, this is the solution,” McKeen said.

Kalsey Pawluk, a relatively new homeowner in Westmount, also opposed the project in that location.

Pawluk takes issue with the city for not holding public forums or surveys, instead hosting an information session with overwhelming positive messaging, she said.

Coun. Michael Walters said it’s not usual for the city to engage in extensive public consultation on a development unless there’s a zoning change or variance request; therefore, the city is doing extra community engagement because it’s a permanent supportive-housing project.

Walters also pointed out the city’s goal to spread affordable housing across the city.

Pawluk and other residents are adamant it’s not an appropriate location for that kind of housing.

“You can’t ignore the fact that the residents in this facility will have significant challenges with mental health, with drug abuse, with alcohol, unemployment.”

Stephen Jacobson argued that the housing will have a negative impact on property values.

“If you told recent prospective homebuyers, such as myself, that the city was planning to build a high-density supportive-housing facility in this location before they bought, they’d say forget it,” Jacobson said to the committee. “I’ll just buy in Crestwood, or Laurier or Belgravia, or some far away suburb where I know the city won’t saddle me with this kind of project.”

Fear of the unknown

McKeen, councillor for the downtown ward, is an advocate for permanent supportive-housing complexes like Ambrose Place, which has helped people who’ve experienced homelessness.

Other Westmount residents reached out to him to express support for the proposed project, McKeen said.

He suggested the current opposition is due to fear of the unknown.

“I suspect five years after this is open and operating, that fear will have disappeared,” McKeen said.

The five projects are estimated to cost $58.7 million to build with funding coming from the federal government’s Rapid Housing Initiative program and the Alberta government’s Municipal Stimulus Program.

The federal and provincial funding comes with the criteria the projects be complete by the end of the year.