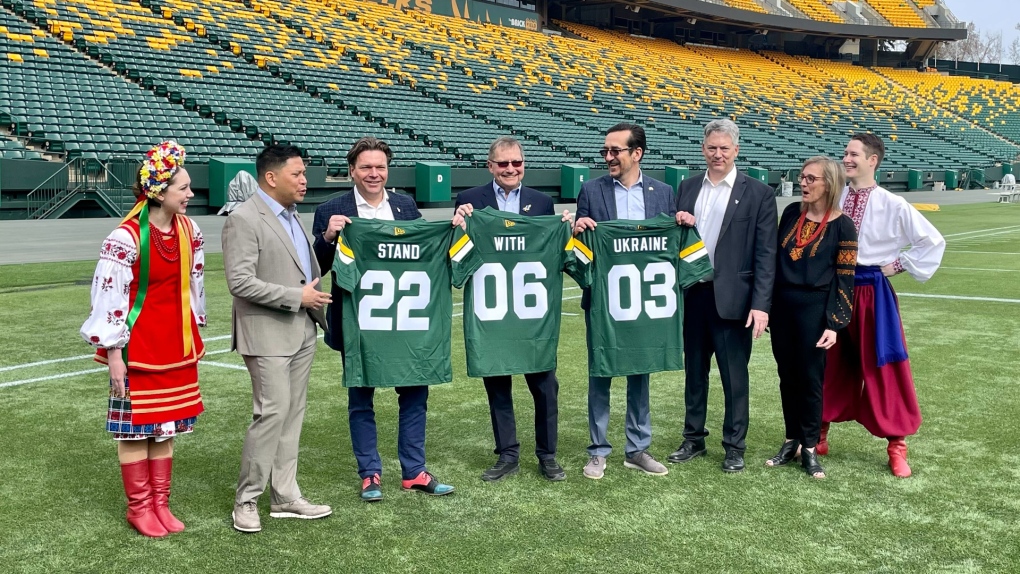 The Edmonton Elks have announced that net proceeds from their only pre-season home game will be donated to help Ukrainians resettle in Alberta.

The team will face off against the Calgary Stampeders at 7 p.m. on June 3.

The Elks have designated the evening Stand With Ukraine night.

Tickets for the game are already on sale for $15 each and can be bought online. Funds raised will be donated to the Canada Ukraine Foundation.

The Elks will play two other pre-season away games before their first regular season game on June 11.