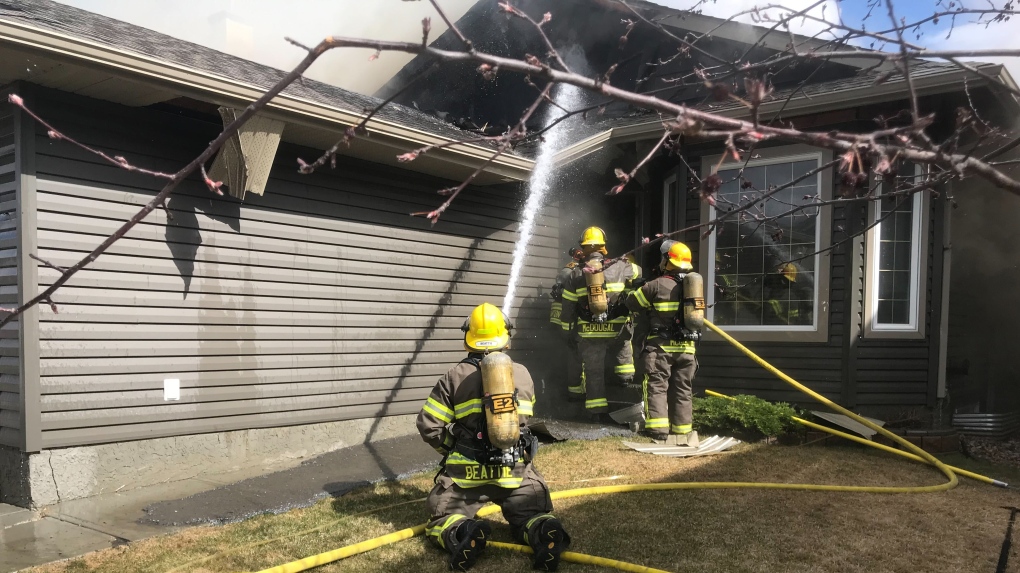 A home in the Erin Ridge North neighbourhood of St. Albert went up in flames Saturday afternoon.

Twenty-six firefighters responded, including four engines and a tower truck, responded minutes before 4 p.m. to a house fire at 25 Escada Close.

“When we arrived on scene there was fire on the outside that was already going to the roof and the garage,” said Platoon Chief Michel Lacroix.

“There was a lot of smoke because of the wind conditions,” he added. “But we put a quick attack on there.”

Lacroix told CTV News Edmonton that two people and their cat were able to self-evacuate from the home. No injuries were reported to officials.

According to St. Albert Fire Services, damages to the home are estimated at $500,000.

The cause of the fire remains under investigation.