EDMONTON — Daisy vanRavenswaay has been entering burning buildings for a living for nearly five years.

She’s a firefighter with Edmonton Fire Rescue Services – one of only eight women who can make that claim.

Less than one per cent of EFRS’ 1,250 firefighters are women.

When vanRavenswaay began her journey into firefighting, she was the only woman in her class.

“In the recruitment process, the beginning stages, we’re not getting those numbers applying,” vanRavenswaay speculated. “So that’s why we don’t see those numbers reflected in on the floor.”

The camp is meant to promote firefighting as a viable career for women and gender diverse communities.

“It’s gonna be so exciting,” she said. “For these folks it’s gonna be a great opportunity for them to get hands-on experience to learn in a fire service setting.”

This is the first year for this type of camp in Edmonton, but vanRavenswaay says other North American jurisdictions have been holding them for several years.

“Threre’s some in Ottawa, Hamilton, San Francisco, all over North America,” she said. “This is not a new thing, but it’s a new thing for Edmonton.”

Taking place at the Poundmaker training facility, participants will be given the opportunity to work out next to EFRS members with simulated ground training, ask questions, and network with others interested in firefighting.

“Also for us to promote the representation of women,” said vanRavenswaay.

The hope being, if participants enjoy the process, they may decide to apply to become firefighters in the future.

“I think that some women might feel like they would be scrutinized more easily in a male-dominated setting,” vanRavenswaay said of the camp. “It just kind of gives them that safe space.”

While vanRavenswaay is a minority within EFRS in terms of gender, she says she’s never felt left out. 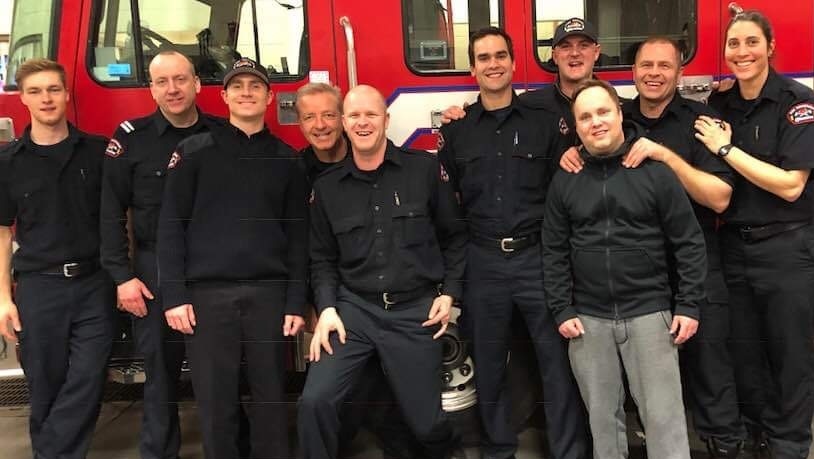 “I have had such a positive experience within the fire department,” she said. “I’ve always felt very welcomed and supported.

“In my journey, I think there are some areas though, where you might feel a little bit more scrutinized… but I think the attention there is a good one.”

According to statistics provided by EFRS, across Canada 4.4 per cent of firefighters are women. Compared to 0.71 per cent in Edmonton, female firefighter representation in Alberta’s capital city seems to be low.

“Fire doesn’t care what your gender is,” she said. “We go there to an emergency scene and we do our job that we’re trained to do, and we’re going to do it regardless of our gender.”

So far 70 people have signed up to take part in the camp.

The first three-day session for Camp Inspire is scheduled from June 18-20.

Applications are open until May 25, end-of-day.

With files from Dan Grummett