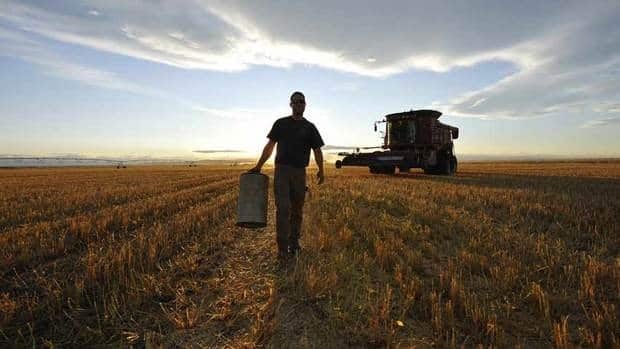 The Edmonton region is finalizing its once-in-a-generation plan for the agricultural industry, crafting a policy that aims to preserve some of the province’s highest quality farmlands for a population that is expected to double in coming decades.

The Edmonton Metropolitan Region Board will hold its final public engagement sessions in early June before signing off on its first master agricultural plan, a guide to the next three decades of the industry in Edmonton and surrounding municipalities.

The draft plan, released in May after three years of work, aims to conserve prime agricultural lands to provide a secure local food source for future generations, according to Rod Shaigec, Parkland County’s mayor and chair of the regional agricultural master plan task force.

“It’s, in fact, some of the most fertile land in the world. And we’ve lost significant tracts of farmland in recent years,” Shaigec said about the region, which contains about one-third of Alberta’s high-quality black soil.

“It’s a complex task, but we need to ensure that we preserve those lands.”

The agricultural plan was one of the board’s first priorities after it was tasked by the province to chart the next 30 years of growth in the region.

Planning for growth AND things that grow. We’ll talk about protecting prime farmland in the Capital Region. 5:33

Canola and grains have been staples of the agricultural industry for generations, Shaigec told CBC’s Edmonton AM. But he expects plant proteins and hemp to also see an agricultural boom in the region over the coming years.

“There’s a company out in Drayton Valley that uses hemp as an alternative to some of the oil-based products that are used in car manufacturing, so it is endless,” he said of its applications.

About a quarter of Alberta’s food and beverage processing industry is thought to be based in the region, generating $3.7 billion in revenue and employing over 6,000 people, according to the draft plan.

There are about 4,500 farm operators in the region.

The Edmonton Metropolitan Region extends to the counties of Sturgeon to the north, Strathcona to the east, Leduc to the south and Parkland to the west.

The plan notes the uncertainly of the energy industry — with climate change pressures and reduced costs for renewables on top of a tumultuous pandemic year  — which makes the growth of the agricultural industry all the more important.

“Humanity will always need food,” states the plan. “Alberta can produce food. As the most productive agricultural region in the province, the region has an opportunity to make an existing regional economic strength even stronger.”

The plan looks to bolster the region’s value-added processing capacities, such as milling, distilling and refining. Historically, there’s been a one-to-one ratio between value-added agriculture and what’s known as farm gate, where unprocessed crops are sold directly to consumers.

But with the capacity to double or even triple that ratio, the plan estimates the region could more than double the region’s agricultural sector’s GDP in the next two decades.

Six public engagement sessions run from June 1 through to June 10.

The task force is aiming to have the plan complete and ratified by the province by September, Shaigec said.