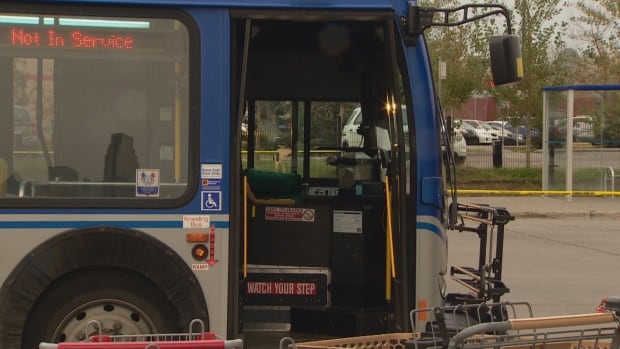 More than 100 people working for the City of Edmonton are at risk of losing their jobs as the city looks to hire a company to take over bus cleaning duties.

Contracting out the work is estimated to save the city $1.2 million a year.

Steve Bradshaw, president of the Amalgamated Transit Union local 569, said the plan is disappointing and bad for morale.

“Everybody is deeply disturbed by this,” Bradshaw said Thursday. “We feel abandoned — all of us feel abandoned, particularly those people whose jobs look like they’re going away.”

It’s part of the city’s ongoing search to save money and generate revenue as council pushes to keep the property tax increase at zero.

The city posted a request for proposals Thursday until Aug. 9 to test the market for bus cleaning and refueling duties,  spokesperson Eddie Robar said in an email.

The city confirmed 15 permanent full-time employees who perform refueling duties would be affected, along with 61 full-time bus cleaners.

Another 26 temporary bus cleaners who were hired for enhanced bus cleaning during COVID-19 also have the potential to be impacted, the city says.

The city would not confirm the estimated $1.2 million in savings, but rather says they’re waiting until the RFP process is finished before they compare and determine savings.

City council approved a comprehensive list of strategies to save money in December.

On Wednesday, Coun. Aaron Paquette was prepared to move a motion, asking administration to delay posting a request for proposals for the contract.

“I just thought it was kind of necessary to take a last crack at looking at funding opportunities to see if we could preserve these jobs,” Paquette told CBC News Thursday.

“The folks in question whose jobs are going to be affected have been working throughout the pandemic to keep our transit, our buses, safe and clean,” Paquette said. “We were calling them heroes.”

But the motion didn’t get raised after Mayor Don Iveson ruled it out of order.

That discussion was made in private, so it’s not clear exactly why the mayor dismissed the proposed motion — just that it would affect budget adjustments made in December.

Bradshaw sent a press release out Thursday, calling out the mayor’s move.

“They should have been talking about quality services and protecting jobs. Instead, they nit-picked the Mayor’s “budget implications”.

“The political establishment led by Mayor Iveson and City Manager [Andre] Corbould have attacked their most vulnerable employees,” Bradshaw said.

Bradshaw has been discussing the issues with the city’s Edmonton Transit Service managers, hoping for a change in direction.

If the city hires a company to do the work, they won’t have to pay full benefits and compensation, therefore saving money, he noted.

He suspects job quality may change and suffer under a privatized system.