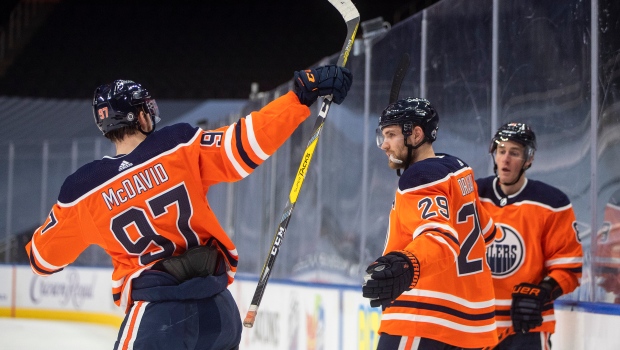 EDMONTRON — Kailer Yamamoto scored the first of three straight goals by Edmonton, and the Oilers held on to beat the Ottawa Senators 3-2 on Monday.

Alex Chiasson and Leon Draisaitl also scored for the Oilers, who improved to 5-0 against the Senators this season. Connor McDavid had two assists.

The game was the first of three meetings this week between the two teams, and part of a tough stretch for the Senators, who play seven games in 11 days.

The Oilers (16-11-0), who started the night a point behind Winnipeg, jumped the Jets into second place in the North Division with the victory.

Despite playing a night earlier in Calgary — a 4-3 Ottawa win — the Senators got off to a hot start. Dadonov got them on the scoreboard just 56 seconds in when he spun and fired past Mikko Koskinen. It’s the second time this season the Senators scored in the opening minute.