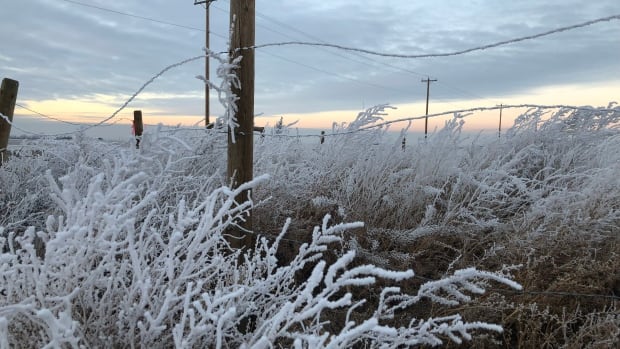 A polar vortex will bring bone-chilling temperatures to Alberta this weekend, making the province considerably colder than the North Pole.

A brutal cold front is moving in, bringing some of the coldest temperatures seen in the province this winter.

“It really is polar-vortex kind of weather,” said David Phillips, a senior climatologist with Environment Canada. “It’s coming from the North Siberia, Alaska, Yukon, you name it.

“It’s heavy, dense, thick air, like molasses. It fills all the nooks and crannies. You can’t escape it. It’s cold. And something that will make it particularly cold is the fact that it hasn’t been a tough winter.”

By Saturday, daytime temperatures in Edmonton will hover around -22 C. Overnight temperatures will plunge to around -30 C, with biting winds that will make it feel more like -40.

Communities farther north will fare worse. Fort McMurray can expect overnight temperatures closer to -40 C, without accounting for the windchill.

“Forget that the sun is going to shine,” Phillips said. “There’s not a lot of heat from the sun that will warm things up. And if there is any kind of a wind, there will be a nasty windchill that could freeze flesh in a matter of minutes to go along with it.”

The province is expected to remain in a deep freeze for at least 10 days, Phillips said.

Temperatures forecast for this weekend will be around 20 degrees colder than average for this time of year, Phillips said. It’s not record-breaking but it will be brutal.

“If you want it warmer than Edmonton on the weekend, head to the North Pole,” Phillips said, noting that it will be closer to -4 C in Canada’s far north this weekend.

“Iqaluit and Pond Inlet, Ellesmere Island, it’s actually going to be warmer there. Think about the temperature in Iqaluit when you’re freezing and shivering.”

Following the mildest, driest January on record in Alberta, the weather began to take a turn this week. Temperatures across the province dropped rapidly, and a storm Monday brought heavy snowfall to parts of Alberta.

Some communities saw more than 20 centimetres. Highways turned slick. Shovels scraped across snow-covered sidewalks and furnaces rattled against the chill.

It was a harbinger of things to come.

A more brutal cold front is expected to be in full force by Friday and will keep Albertans shivering for at least another week.

Temperatures are expected to drop across Canada and the United States in the coming days. Texas, even Hawaii, will be chillier than usual.

“The only good news is that Edmontonians won’t be the only ones, you know, freezing in the dark,” Phillips said. “Misery enjoys company. And I think this cold misery will have millions and millions of people across North America wondering what’s happened.”

While the polar vortex will eventually shift, Albertans may be out in the cold for some time, Phillips said. The long-term forecast suggests February and March will be chillier than average.

“It reminds us where we live,” Phillips said, “in the second coldest country in the world, where winter is king.

“We’re going to face very cold and freezing conditions that will make hibernating more of a thing to do. I mean, we can’t migrate, so we’ve got to hibernate.”