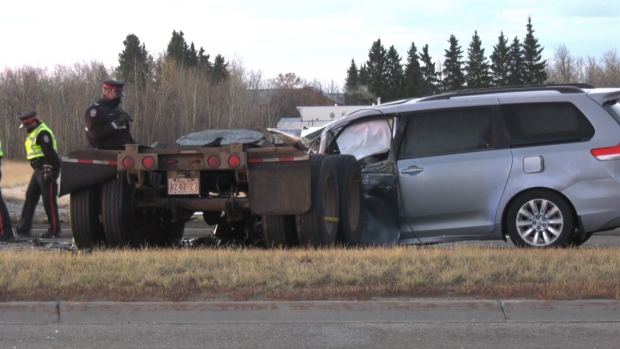 EDMONTON — The driver of a semi-truck that was involved in the death of a 36-year-old teacher in October was not responsible for the fatal crash, police said.

Meghan Weis, a Grade 5 and 6 French immersion teacher at Our Lady of the Prairies in Edmonton, was pronounced dead at the scene after the semi lost an axle and wheels, striking her vehicle near Lessard Road and Anthony Henday Drive.

“The issue was found to be a fault with an installation on the truck so no blame on the driver,” Edmonton Police Service spokesperson Scott Pattison told CTV News Edmonton in a written statement.

“The driver would not have been aware of the issue.”

During three days of inspections in October, the Commercial Vehicle Investigation Unit (CVIU) found 46 violations. Just 17 per cent of the vehicles passed inspection.

CVIU officials say commercial drivers should conduct inspections on their vehicles before every trip to avoid situations like these.