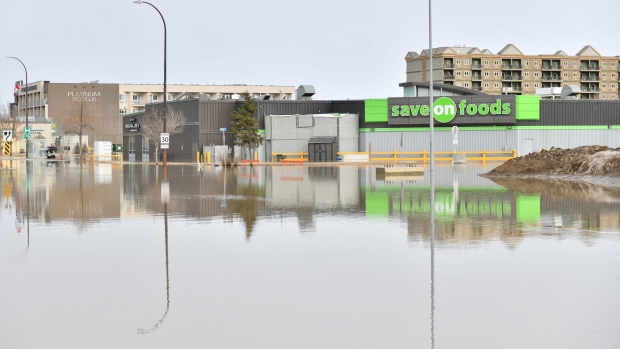 EDMONTON — A northern Alberta municipality is crying foul now that the provincial government is planning to require them to partially cover the costs of future natural disasters.

The changes to the Disaster Recovery Program include a new 90:10 cost-sharing arrangement with local governments and private-sector applications, which include homeowners.

A $500,000 funding cap per homeowner application has also been introduced, alongside a one-time limit on disaster financial assistance per property.

“If you own a house that is worth more, you are going to be impacted in a much more significant way and the other issue is you are limited to one claim going forward.”

Scott says another concern is that the provincial government decided to move ahead with the rule with zero consultations.

“They just said here they are and you are going to take it, so it’s very unfortunate, very disappointing. We are susceptible to these kind of issues, whether it is floods or its wildfire and this is not good for rural Alberta. They can do better, and they should be doing better.”

Fort McMurray is no stranger to costly natural disasters. In 2016, a massive wildfire razed thousands of buildings and caused nearly $10 billion in damages.

In 2020 a spring flood washed over a large portion of the city, causing more than half-a-billion dollars in insured damage.

Minister of Transportation Ric McIver says the decision to alter the Disaster Recovery Program was made after the MacKinnon Report found that Alberta was not in line with how other provinces fund disaster relief.

McIver added that if such rules had been in place in the past, recent disasters like the ones that impacted Fort McMurray and portions of northern Alberta may have been less costly.

“Had this policy been in place 25 years ago, we might have had smaller losses in recent flood and fire disasters because of better land use planning and better preparations against those disasters so it might have actually saved his municipality money.”

Back in 2015 during the floods, McIver says he heard some negative feedback that the government paid for homes worth millions.

“I think having a limit is a good idea. I think it’s an issue of equity, but in fairness some people can’t afford a home at all so they might say the $500,000 amount is too much because they can’t afford a home at all and that’s equitable for them so there is no perfect number, but I think most Albertans will agree that $500,000 is more on average.”

The changes to the program are not retroactive, and will come into place on April 1.