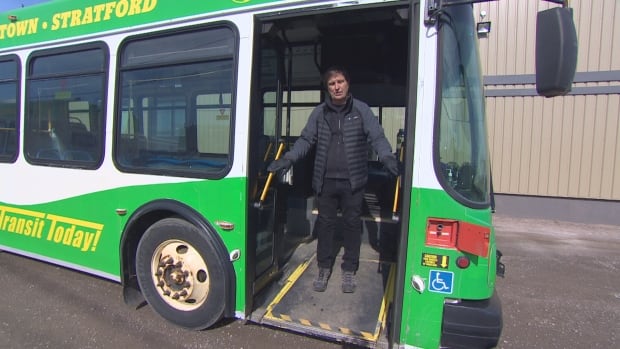 Cassidy owns Maritime Bus and COVID-19 is hurting his business.

Travel within the Maritimes has become increasingly restricted. There are physical distancing guidelines to follow.

Many provinces have told residents to avoid any non-essential travel to help limit the spread of COVID-19.

Maritime Bus, which normally serves the Maritimes and parts of Quebec, recently posted that services are now limited. Maximum capacity has been reduced to 50 per cent on all vehicles.

Cassidy says no buses have come close to reaching that number in recent weeks.

“We are experiencing 20 per cent of our normal ridership this week,” he said.

Keeping the buses running during pandemic

But Cassidy believes it’s important to keep his operation running during the pandemic.

“We know we’re essential and your medical appointments [are] a very good example,” Cassidy said. “People have an emergency surgery and they’re called to Halifax. They have to get home.”

Last week, Air Canada announced layoffs, which resulted in the cancellation of flights between Halifax and Sydney. WestJet offers a daily flight between the two cities, but several have been cancelled in recent days.

Cassidy said he hopes to keep his service running, even with decreased ridership.

“We are not operating seven days a week,” he said. “If you fly into Halifax and you have to get to Sydney, we’re the only option, perhaps, for you.”

A number of shuttle services have indicated they have ceased operations due to public health measures.

According to a Nova Scotia government spokesperson, the province has not directed shuttles to stop operating, but many have decided to suspend service.

Cassidy said he will continue to keep his buses on the road, even with reduced ridership, so other workers in essential services can get to where they need to go.