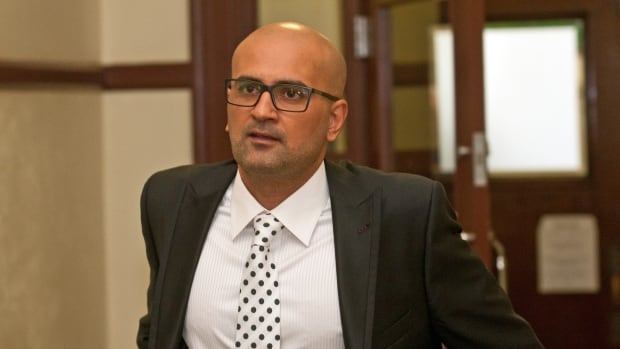 The sex assault trial of a former Halifax cab driver heard Thursday from a nurse who examined the complainant after she was allegedly raped in 2012.

Marilyn Grant, a sexual assault nurse examiner (SANE), testified on the sixth day of the Bassam Al-Rawi trial in Nova Scotia Supreme Court. He’s accused of raping a woman in his apartment in the early hours of Dec. 15, 2012.

The 35-year-old complainant has said she drove to Halifax from Pictou County on Dec. 14, 2012, with a group of friends and they went out for drinks that night. She testified she was picked up by the driver while wandering lost downtown, and later assaulted while she was highly intoxicated and pretending to be unconscious.

The complainant’s identity is protected by a publication ban.

This is the second time Al-Rawi has been charged with sexual assault in Halifax. Last September, he was found not guilty in a retrial of a case that gained national attention and involved accusations he sexually assaulted a woman in his cab in 2015.

Grant, who was accepted as an expert witness, testified she’s been a registered nurse since 1990 and a SANE nurse since 2008.

Between 2008 and 2012, Grant said she examined 15 patients in her SANE role, with one of those being the complainant.

When Crown attorney Carla Ball asked Grant if the complainant had told her about the man who allegedly assaulted her, she said he’d been described as a man of Middle Eastern descent in his 30s.

The complainant has testified she cannot identify Al-Rawi specifically as the driver who assaulted her because she has no clear memory of his appearance, besides general age, height and ethnicity.

The court was told this irritation could have come from various things, including aggressive penetration, a tampon or a reaction to a condom, but Grant could not say specifically what the reason was.

Grant also said they used an ultraviolet (UV) light during the exam, which allows fluids like semen, saliva or urine to become fluorescent.

The UV light found two spots on the complainant’s ankle and back of her left leg, as well as areas on her underwear and pants. Swabs of those areas were collected as evidence, while the underwear was also sealed in the kit.

Grant said everything they collected through the exam, including the swabs, urine sample and complainant’s blood sample for DNA reference, was sealed in a box and put in the hospital’s freezer.

She also testified she does not know the result of any forensic analysis from the rape kit.

The trial continues Friday, when other SANE nurses and a toxicologist are expected to testify.