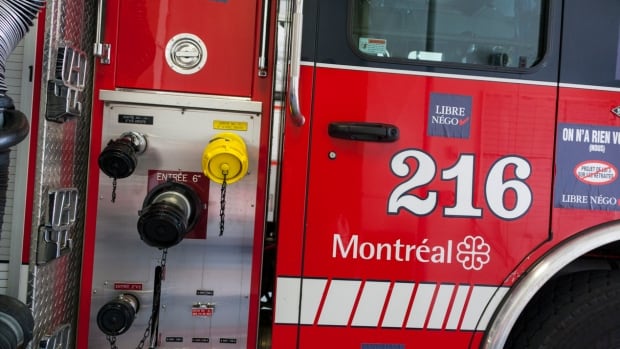 A 70-year-old man was rushed to the hospital after a fire in a residential building in the Plateau Saturday morning.

Firefighters were dispatched to a residential two-storey building on the corner of Henri Julien Avenue and Roy Street at 4:45 a.m.

The 70-year-old man was in cardiac arrest when he was taken from the scene. His condition is presently unknown.

About a hundred firefighters are on the scene, but the fire is considered under control, said Marie-Éve Beausoleil, a fire prevention chief with the Montreal fire department.

“It’s a pretty big fire,” said Beausoleil. “[The building] is not going to be saved.”

Firefighters don’t yet know where or how the fire started.