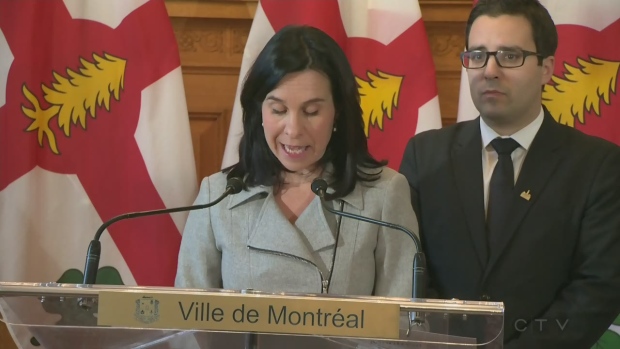 MONTREAL — The City of Montreal on Monday announced it now has the right of first refusal on properties that go up for sale in “key neighbourhoods” in order to improve its inventory of social and community housing.

Some 300 properties located in sectors that are “under transformation” and are in need of more social housing have already been identified, the city said.

They are located in the following boroughs: Cote-des-Neiges–Notre-Dame-de-Grace, Mercier–Hochelaga-Maisonneuve, Plateau-Mont-Royal, Sud-Ouest, Verdun, Ville-Marie, and Villeray–Saint-Michel– Parc-Extension. The city said other areas may be prioritized in the future.

“Montreal is the first city in Quebec to have a right of first refusal for social and community housing purposes,” Montreal Mayor Valerie Plante said in a statement Monday. “Our administration continues to be a leader in housing and does not hesitate to step outside the box in order to find solutions to a particularly tense situation.”

“As we know, the housing shortage is hitting Montreal hard and the lack of social housing is sorely felt by Montrealers in need,” Plante added.

The new right will allow the city to specifically target properties it wants to use for social housing.

The Plante administration has promised to create 12,000 new social housing units in Montreal.

This is a developing story that will be updated.