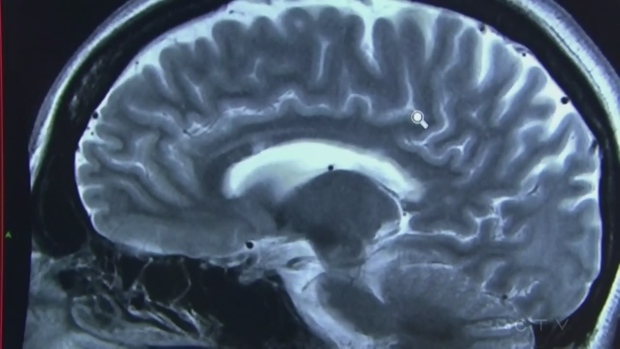 TORONTO — Brain injuries, excessive alcohol consumption and exposure to air pollution can all increase the risk of dementia, according to new research.

Those three actions have been added to a list of risk factors avoidable behaviours that experts believe to be responsible for approximately 40 per cent of all dementia cases.

“We’ve shown that a lot of dementia is potentially preventable and that could give individuals hope of not developing dementia, and also change things for their families and for society,” Dr. Gill Livingston, the lead author of the research and a professor of psychiatry of older people at University College London, told CTV News.

Livingston’s team estimates that three per cent of all dementia cases are caused by mid-life head injuries, two per cent by exposure to air pollution late in life, and one per cent by excessive mid-life alcohol consumption.

Given there are 50 million people living with dementia around the world, this suggests that alcohol consumption alone is responsible for approximately 500,000 cases of dementia, with air pollution being the cause of one million and head injuries 1.5 million cases. All of these numbers will likely multiply over the coming decades, the research says, as the worldwide number of dementia cases is expected to hit 152 million by 2050.

Among the previously identified dementia risk factors, the most significant are mid-life hearing loss, education and smoking in later life.

“I think that very few people know that the biggest risk factor for dementia is … hearing loss and mid-life,” Livingston said.

The research was compiled by 28 leading dementia experts and published Thursday in The Lancet.

Nalini Sen, the director of research at the Alzheimer Society of Canada, said she believes the specifics the research offers around blood pressure, alcohol consumption and other health indicators is beneficial.

“By providing those parameters, we’re given better guidance and information … to make informed decisions and to take control of our health,” she said.

“The more information we have, the better it’ll be for us.”

More than 20 units of alcohol per week approximately two bottles of wine is considered excessive.

Dr. Kenneth Rockwood, a geriatric medicine professor at Dalhousie University in Halifax, described the research as important, in part because there is no cure or effective long-term treatment for dementia only ways to prevent the memory loss and cognitive decline it causes.

“When I started in this field in the late 1970s, the notion of … prevention was felt to be unreasonable,” he told CTV News.

“Now, we’ve begun to realize in the last 20 years that it looks like we can prevent dementia, to some extent.”

That discovery is increasingly important as the world’s population ages, Rockwell said. The oldest baby boomers will turn 75 in 2021, entering the age bracket where dementia is most likely to strike.

To that end, the experts also offered nine recommendations to help prevent future cases of dementia, some aimed at governments and others at individuals. The list includes:

The experts say evidence from countries where dementia rates have fallen suggests that taking these actions and addressing the risk factors can make a significant difference in preventing dementia cases.

“Putting all of these things into effect will not only reduce the risk of dementia, but make people more likely to live a better, healthier life with increased quality of life and without side effects,” Livingston said.

Those changes don’t have to start at a young age. Both Livingston and Rockwood stressed that even for those already moving into retirement, there is still time to adopt behaviours that can reduce the risk of dementia.

“For people who are in their 70s and feel ‘This doesn’t mean anything to me because it is too late for me,’ that’s not true,” Rockwood said.