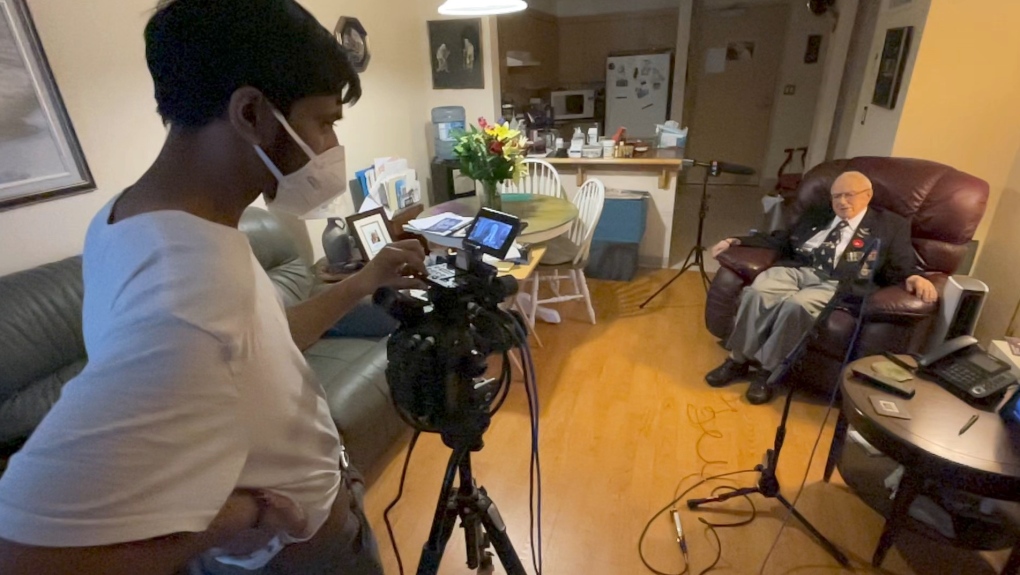 The stories of Second World War veterans are some of the most important told, and one man from California is doing everything he can to preserve those memories.

“For the last five years I’ve been driving around the United States, Canada, the U.K. and Australia, trying to meet and interview as many World War Two combat veterans as possible,” says Sharma.

And in those five years, Sharma has interviewed more than 1,550 veterans.

“These testimonies will allow the veterans to inspire future generations 200 years from now,” says Sharma. “And tell them about the reality of war.”

Sharma’s travels brought him to Ottawa this week. He sat down with Ron Moyes, a Second World War vet who was enlisted in the Royal Canadian Air Force.

“Up until about three years ago I was going around the high schools. And they don’t know very much about World War Two, or anything,” says Moyes.

All that travel through 48 states and Canadian provinces, the original funding has been spent on getting these interviews.

“This is their opportunity to have their stories preserved, and I can’t deny them that,” says Sharma. “But it’s cost me pretty much everything financially. I’ve used up all my credit card limit.”

It has forced Sharma to live out of his car in order to keep his journey going.

“I mean this is literally it. I just put the front seat down,” says Sharma. “I hate to be in this situation but I also don’t want to be in a situation where I’m not preserving the stories of those who fought for our freedom.”

Every veteran gets a copy of the interview and most are posted to his YouTube page. Sharma also provides schools and universities with copies to help keep those stories alive and educate younger generations.

“Every day is another day that I can preserve someone’s story. Someone who fought for our freedoms,” says Sharma. “And I just cannot do that. It’s in my blood at this point. It’s all I know.”