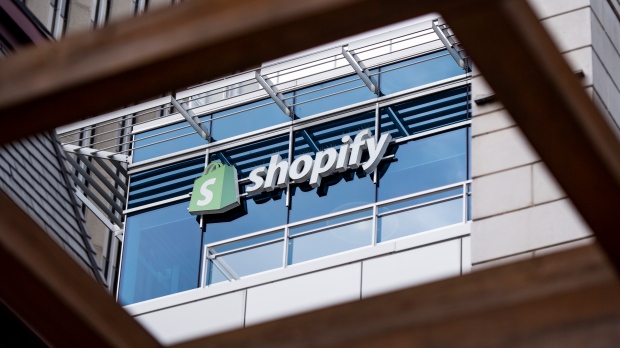 OTTAWA — Ottawa-based Shopify says sales on its platform jumped significantly on Black Friday 2020 compared to the year before.

The United States was the top-selling country in the world, followed by the U.K. and Canada.

Yesterday the world showed up for independent businesses. @Shopify merchants sold $2.4 billion growing 75% from 2019. Put your seatbelts on, we’re breaking records this weekend.

According to figures provided by the company, a lot of people were shopping online over lunch.

Both globally and in Canada, the peak sales hour was 12 p.m. Eastern. Mobile orders accounted for 67 per cent of all sales around the world (61 per cent in Canada). Shoppers were most interested in clothing and accessories, followed by health and beauty products. The third most popular product in Canada was electronics. Home & garden products rounded out the top three globally.

Online shopping surged across Canada on Friday, as the second wave of the COVID-19 pandemic keeps people indoors and away from the usually crowded shopping malls and stores that mark a typical year. A lockdown is in place in Toronto, which was Shopify’s top city for sales, deliveries and curbside pickups in Canada.

Shopify also said it was offsetting carbon emissions from the delivery of every order placed on its platform on Black Friday.

According to the company, more than 20,000 tonnes of carbon emissions were offset through the program.

The future of our planet is in our hands today. @Shopify we committed to offsetting all carbon emissions for every order placed on our platform during Black Friday. From yesterday alone, we will be offsetting over 20,000 tonnes of carbon.