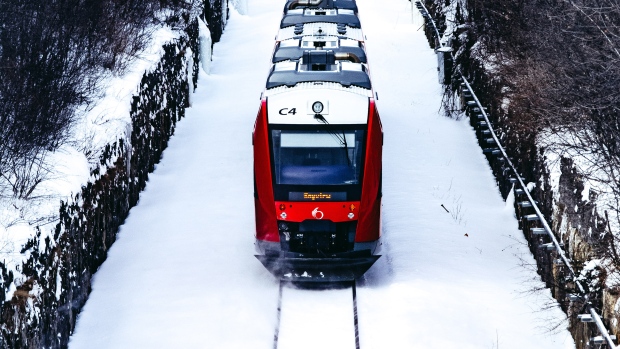 OTTAWA — The City of Ottawa says it is reviewing possible delays in construction of the north-south LRT extension.

In a memo to city council on Monday, Director of Rail Construction Michael Morgan said the Trillium Line team “has indicated schedule impacts” which he said are now under review.

“The City is working with TransitNEXT to confirm whether the delays will be fully realized and to confirm if the delays can be reasonably mitigated,” Morgan wrote.

TransitNEXT is a wholly owned subsidiary of SNC Lavalin.

The north-south extension of the LRT is set to be complete by 2022. Morgan said the handover of the system is still scheduled for that time. The extension will bring light rail further south from Greenboro to Riverside South and the Ottawa Airport.

Details about the schedule impacts were not made immediately clear in the memo. The remainder of the memo’s updates on Stage 2 include work that has been completed to date or is underway.

Through the remainder of the first quarter of 2021, Morgan said the City will have completed the final design review for all 13 Stage 2 Trillium Line stations and will be reviewing the designs of the communications systems at each station.

The seven new Stadler FLIRT trains SNC Lavain will provide for the system are now being manufactured in Switzerland and are expected to be delivered this year.

The memo also noted that the Stage 2 Confederation Line work had experienced some scheduling impacts, but those have since been resolved.

“Following an assessment of the schedule and of schedule mitigation opportunities, the original handover timeline of 2024 in the east and 2025 in the west remain as planned,” Morgan wrote.

Stage 2 of the Confederation Line will bring LRT to Trim in the east and to Moodie and Algonquin College in the west.

The full Stage 2 expansion is a $4.6-billion project, which was funded by all three levels of government. The city’s finance and economic development committee is expected to receive an update on the project Tuesday.