Statistics Canada released the nation’s unemployment rate for the month of May on Friday, which now sits at a record low 5.1 per cent.

That’s the lowest since at least 1976, which is as far back as comparable data goes.

However, near full employment is just part of the story, as the soaring cost of living even has those working full-time feeling the pinch.

StatsCan says 40,000 new jobs were created in May, most of them full time, and businesses in the region say they are having a difficult time hiring staff.

At the Keystorm Pub in downtown Brockville, kitchen staff are busy preparing for the lunch rush. Owner Dan Thompson says there would normally be two to three staff working the kitchen line.

On Friday, they had one.

He says while customers have been great at showing up, his team has had to adapt.

“We’ve condensed our menu and we are going to make things happen, but the customers just had to realize that it takes a little bit longer when you come out,” Thompson said.

He says the pandemic has not helped matters, with the older demographic retiring, and a decreased number of immigrants entering the country with the border closed.

“I think that’s being jaded, saying that our unemployment rate is as low as it’s been since the 70s,” he said. “I think we’re just that many people short.”

“When our restaurants were being closed regularly, we started to lose all of our people, whether it be to those steady jobs, or to butcher shops and grocery stores and things like that, that were crazy busy and busier than they’d ever been,” Thompson said.

Now he says there is a gap where no one has been trained in the industry, and younger workers that would usually start in fast food, are staying put and not moving up the ladder.

“They haven’t left there and, of course, that left our gap especially for two-and-a-half-years as you were being closed and opened closed and opened,” he noted. “There was no consistency for your staff.” 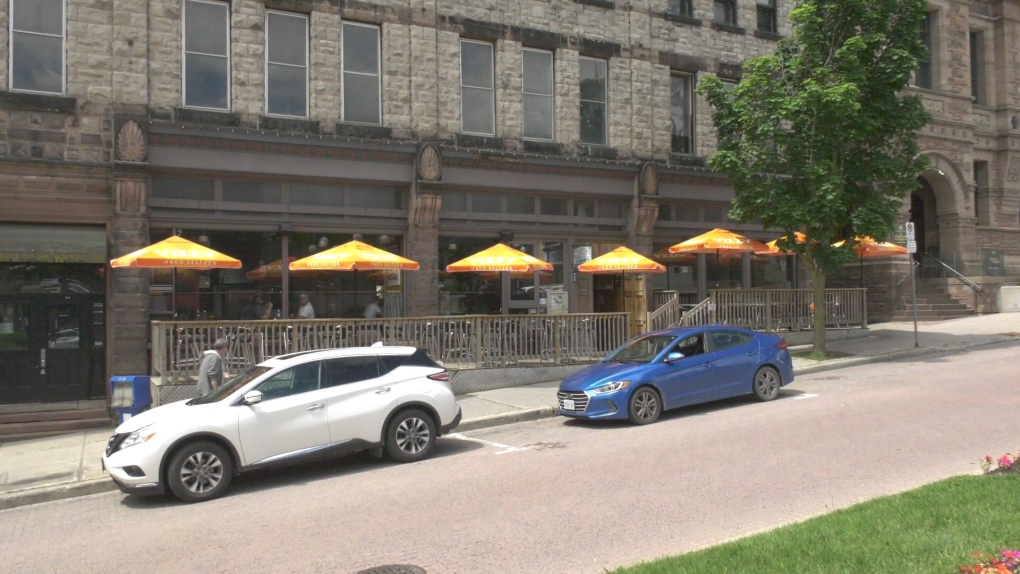 Thompson is not the only one in the industry experiencing the problem. Moe Atallah, owner of Ottawa’s Newport Restaurant, says they used to receive hundreds of resumes for job openings before 2020.

“Now we put the ads, we never even seen a reply yet and we keep on putting it in different places. But we never got one yet. Never in my lifetime. Never,” Atallah said.

Pre-pandemic, Thompson would also have stacks of resumes to go through on his desk.

“Right now I have about two and it’s pretty scary,” he said.

“Demand is there,” said Royal Bank Senior Eonomist Josh Nye. “I think we probably would have seen even stronger job growth in May if it weren’t for the fact that we are really just running out of people to hire for these positions.”

“The tightness of that labour market is starting to put more upward pressure on wages so we saw wage growth accelerate to four per cent in May which is good news for workers who are trying to keep up with rising inflation,” Nye added.

The inflation rate in May soared to 6.8 per cent.

“I think a lot of people got to a point where they realized they, I can live on less,” Thompson noted. “I’m not paying for daycare; I’m not paying for cab to go back and forth to work, so they figured out a different budget.”

Inexperience can also be a factor, and for those that do get hired, the burnout rate can be strong, with employees working six-seven days at 8-10 hours a shift.

“They don’t have any time to see their families, so we’re still closed on Mondays, for example, just because we’re trying to make sure everybody gets at least one day off,” Thompson said.

He thinks an incentive program would entice people back to work, or help benefit the people who did work throughout the pandemic.

“Whether that’s going to happen in this government or the next government, we’ll have to wait and see,” he said.

Meanwhile his team is gearing up for tourism season along the seaway, with two festivals set to kick off at the end of the month.

“We’re ready for tourism season,” Thompson said. “I would say to everybody no matter if you come to the Keystorm or any other restaurant anywhere you go, just be patient. These people are working hard and they really deserve the credit.”